Five years after her groundbreaking exhibit of Salton Sea art, Valley of the Ancient Lake, Deborah Martin again brings together a mix of artists interpreting the Sea. The new exhibit, The Salton Sea: Lost in Paradise, opens March 21st, 2016, at the Marks Art Center at the College of the Desert in Palm Desert.

I asked Deborah how the art of the Sea has evolved in five years. “I think there’s more urgency,” she said. “There’s more despair. I feel it when I go out there. There are imminent public health and wildlife concerns. Things are just looking worse and places like Slab City and Salvation Mountain are struggling.”

The original exhibit was held in 2011 at the North Shore Beach and Yacht Club with the assistance of the late Salton Sea History Museum founder, Jennie Kelly. Deborah featured artists focused on decay alongside those who stubbornly see the beauty of the Sea. This time, as well, the beauty camp will be well-represented by Andrew Dickson, Mary-Austin Klein and Eric Merrell, who worked on Salton Sea nocturnes for this exhibit.

The despair camp will be covered by Cristopher Cichocki, environmental artist Doron Gazit , LA artist Thinh Nguyen (who is doing a performance with tilapia bones) and others. The Marks Center exhibit will include early Sea memorabilia from the collection of Jennie Kelly and the Salton Sea History Museum.

Deborah Martin is an artist, photographer and curator known for her exploration of  the twin saline landscapes of Salton Sea and Cape Cod. She lives in Sky Valley.

The exhibit runs from March 21st to April 22, 2016, with an opening reception Friday, April 1, 5-7 pm, featuring a performance by Nguyen. The COD faculty and staff reception on March 31st, 5-7 pm, is also open to the public.

The Mythical Worlds of Marian Yost

An upcoming feature on California Desert Art looks at an ambitious new four-volume study of forgotten California women artists, by Maurine St. Gaudens. The books’ take away message is this: There are plenty of discoveries still to be made. For instance, this Saturday (March 12, 2016), you can view the work of longtime Banning artist and writer Marian Yost (1905-2005). Studio 235 gallery operator Gloria Toti Bell says Yost’s long-neglected work has “a fascinating childlike quality. Her most prolific time was here in Banning. She began with a passion in the 1950’s, painted and wrote poetry continuously into the new millennium.” 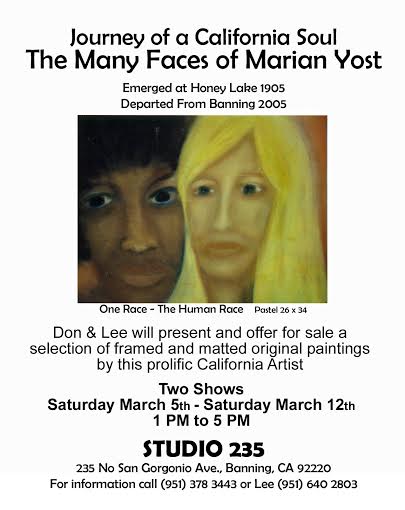 Like many, Yost was nearly discouraged by teachers: “In school, I could draw the most beautiful line as one side of a vase or an apple, but when I tried to draw the other side it came out sadly crooked,” she wrote. “The teacher pointed out this fact to me by saying: ‘You’ll never be an artist.'” But then Yost found an ad for a class in the desert: An Art Class for People Who Cannot Draw. You can see what happened next at Studio 235 on Saturday, 1-5 pm.

Readers of this website have asked what will become of Edan Hughes’ extensive archives and art collection. Hughes, who passed away in April, 2015, was the reigning expert on California art. His 3-volume reference, Artists in California: 1786-1940, is the essential guide for museums and collectors. 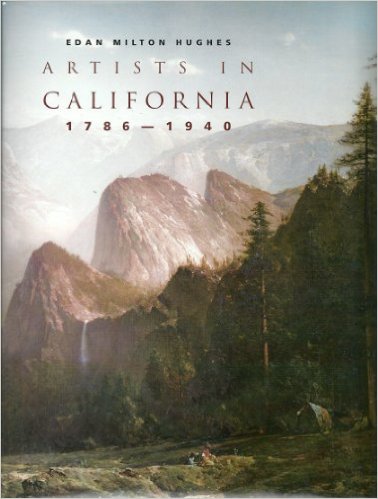 Edan’s friend and downstairs neighbor for nearly twenty years, Wayne Smith, is helping to sort out the author’s legacy. For a limited time, he says, many of Hughes’ paintings are available for sale on his website. Wayne elaborated on Edan’s research and collection, gathered over the course of 50 years:

“Edan’s wish was that his biographies and the research materials that accompanied them be given to the Crocker Museum in Sacramento, where they have a gallery with his name that includes many of the paintings he donated to them.

The www.edanhughes.com site will be up for at least another month or two. I was bequeathed a large number of paintings, as was another longtime close friend of his. At this point, we are just using the existing site until we develop sales sites that reflect our own parts of his collection.”

Wayne said Hughes collected many desert paintings. They are some of Wayne’s favorites and many are for sale on the site. He added that there may yet be a fourth edition of Edan’s guide, as the author was still finding new sources for biographies in the last month of his life.

Fred Carlson lived in Indio in the 1970s, working for the County Agricultural Commissioner. “Those were the days of Desert Magazine and the wonderful Palm Desert Art Gallery,” he recalls. 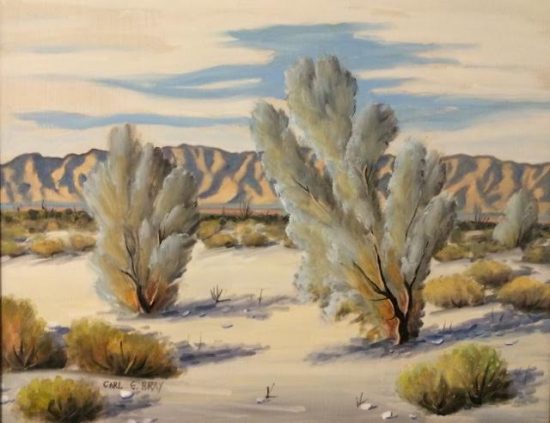 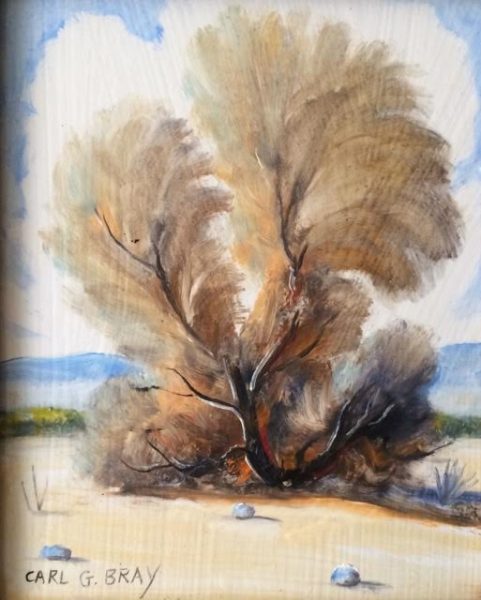 Point Happy was still all sand dunes; Fred found an Indian metate not far from Carl Bray’s gallery. His sister and Mom frequently visited Carl at his gallery and Fred inherited five primo Brays, with frames made by Carl himself. He’d consider an offer for the group. I have a feeling there’ll be a discount for fans of Desert Magazine and old railroads.

Where is it now?

Follow that up with his tale about Jimmy Swinnerton’s field sketches:

Is it Really Jimmy-Part II 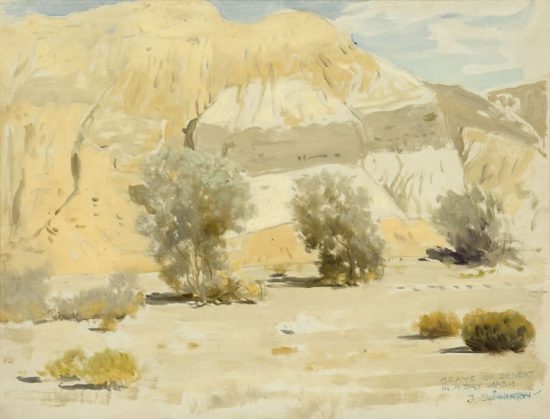