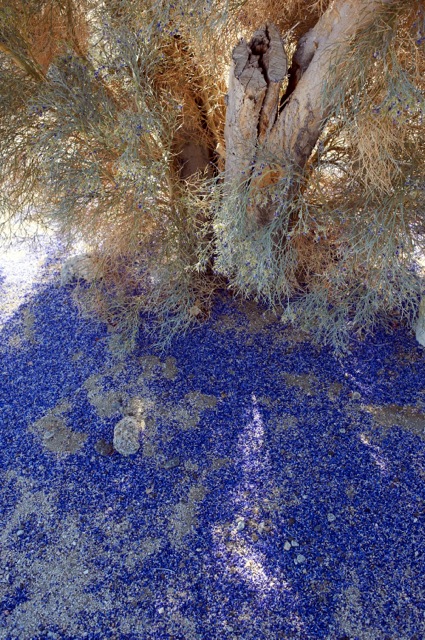 I’ve pondered smoke trees more than most people, but over lunch with Millicent Harvey–a recent transplant from Boston to Palm Springs—I quickly realized I was the novice listening to a teacher far more experienced on the subject.

The smoke tree is that silvery plant inhabiting our desert washes. For much of the year it’s dormant and gray. Most people never notice it, or if they do they assume it’s dead wood. Then, once a year, it erupts in reckless beauty with a profusion of indigo blooms.

At any time of year, the early desert artists were able to glimpse the hidden shimmer behind the gray branches. It was the late Indian Wells artist Carl Bray who told me the smoke tree reminded him of people dancing. I christened the Smoketree School after Bray and the other desert artists who found inspiration in the seemingly mundane. (The tree is spelled as two words; the school as one.)

Millicent (known to her friends as Missy) has become so familiar with the trees in Araby wash she knows when the bloom peaks and how quickly it falls off: “It really goes fast.” She even recognizes youngsters and elders, and told me where the senior trees hang out–where Araby road crosses the wash. 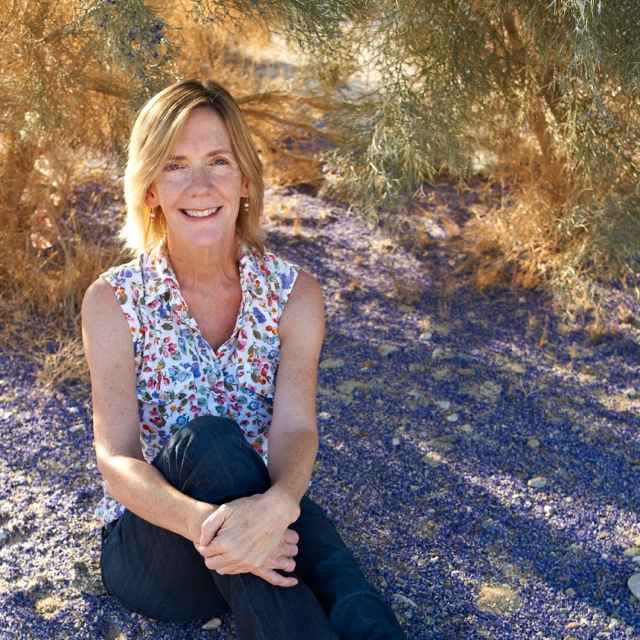 This is one of those lucky occurrences wherein a desert novice shows us more about the place we’ve been living all along. Looking at Millicent’s smoke tree photos on her website, it’s like you’re on that defunct Disneyland ride where you shrink to microscopic proportion and enter the life of a snowflake–atoms and electrons dashing around you. In Millicent’s work, you venture into the interior world of the smoke tree. Dense black-and-white tree-beings fill the frame with anatomical details–like the veins and capillaries of the circulatory system. Some viewers say her black-and-white photos look like they’re made on infrared film. 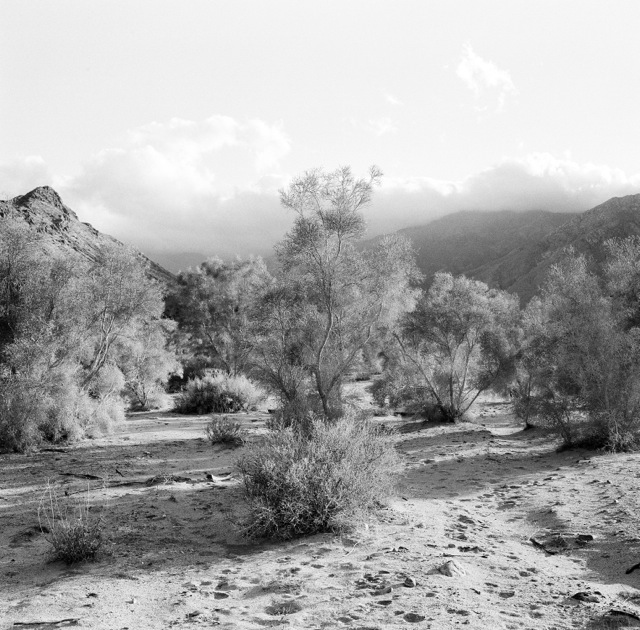 Following her work in sequence, you forge on into a wintry dead-looking smoke tree woodland; follow a path through the smoke tree woods, then burst upon explosions of color. The smoke tree gains stature before your eyes. Suddenly the humble shrub is as profound as the great redwood.

Millicent’s journey began–I’m happy to say–with a chance encounter with an early Smoketree School painting by Larry Sitter. She moved to Palm Springs two years ago, looking for a change from Boston where she’d grown up with seven siblings. She had been briefly acquainted with the desert while attending the Tucson Museum of Art School in 1977, but then her focus shifted east again as she took classes at the Art Institute of Boston and taught at the New England School of Photography. She built a commercial photography career working for magazines, publishers and corporations, and is especially known for her landscape architecture work with the Boston-based firm Reed Hilderbrand.

The California desert was new to her when she moved here, but visiting the Palm Springs Historical Society museum one day, she noticed a Larry Sitter painting of a smoke tree on the wall. Soon after that she saw her first Agnes Pelton smoke tree at the Palm Springs Art Museum

The photographer was no stranger to plant life. She had closely observed the eastern variety at a public garden near her former home in Boston. But what was this peculiar tree-shrub in the Sitter and Pelton paintings? “Something about it felt familiar to me,” she says. “I just wanted to go see what they look like.”

Many of us might have consulted a botanist or Wikipedia, but instead Millicent—sharing the nomadic impulse of the early desert artists—went wandering down the washes. She stalked smoke trees in places such as the Art Smith Trail in Palm Desert and the Living Desert but kept returning to the Araby Wash near her home. This is one world-class wash with its protective rock wall, the distant mountain vista, and the puffs of dust and tang of manure courtesy of horses at the nearby Smoketree stables. “My favorite still is Araby,” Millicent says. 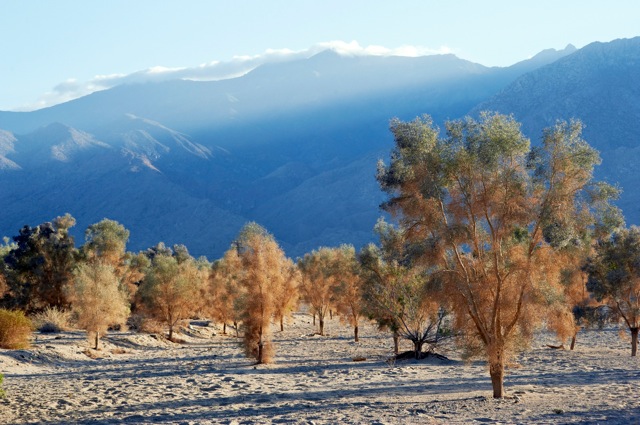 By returning again and again to the wash, Millicent got to know the smoke tree at all seasons, all times of day. Her first year in Palm Springs she only caught the tail end of the indigo bloom in mid-June. “This year I went crazy,” she says.

The brilliant purple splashes on the ground remind her of cherry blossom carpets in the east. “When they’re blooming, of course, the smoke trees are covered with bees,” she adds. “You’re treading in someone else’s territory.”

She noticed that the crowns stay blue while the lower branches start to go grey and dormant. “Something is shifting. Each one of the trees has its own little character,” Millicent adds. 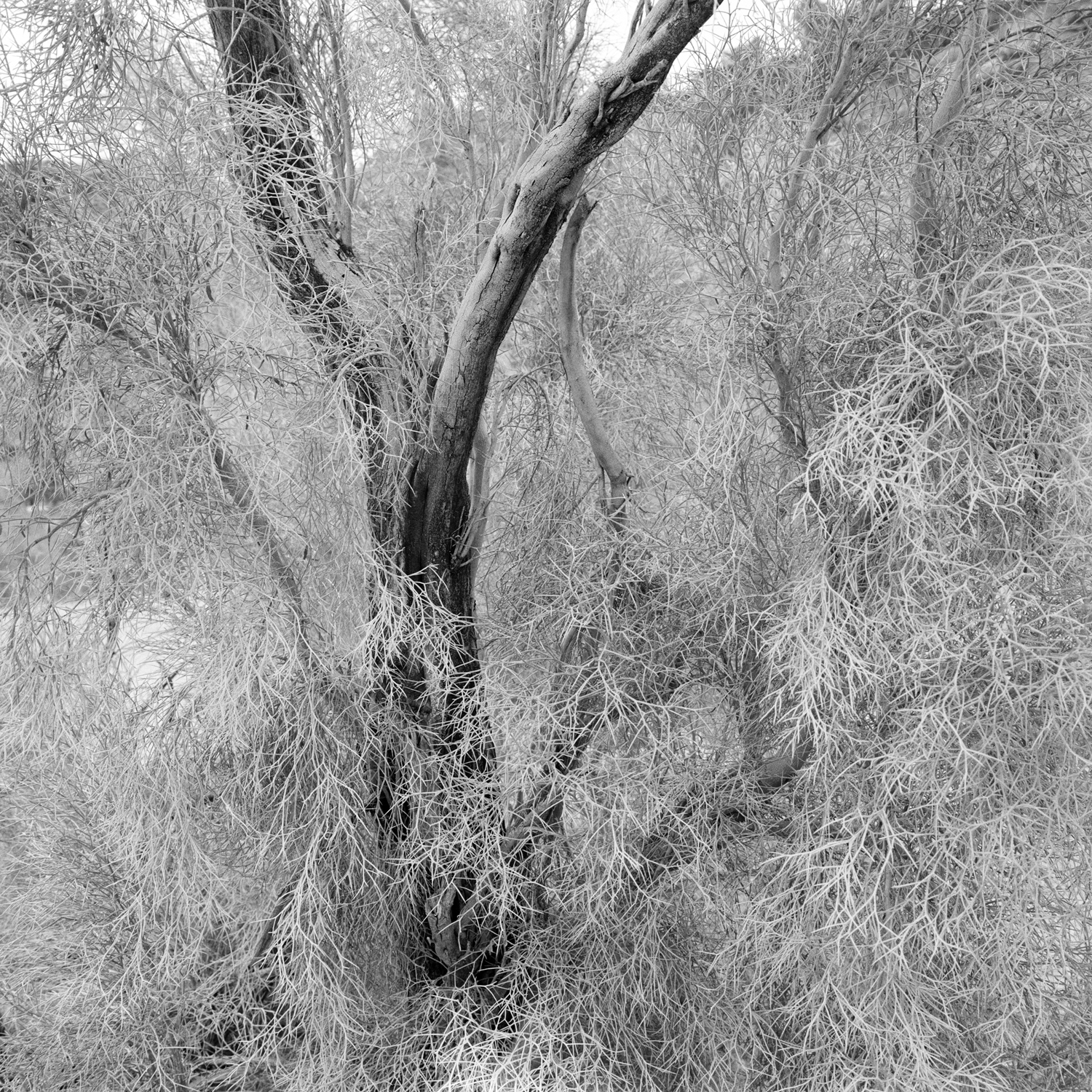 Her photography mentor Nubar Alexanian gave her tree photographs the highest compliment when he said simply: “You LOVE what you’re looking at.”

She’s also earned the respect of longtime smoke tree observer and painter Terry Masters. “These photos don’t happen just by getting out of your car by the side of the road,” says Masters, owner of the new Desert Painter Gallery at 370 N. Palm Canyon in Palm Springs. “There is great deal of pokin’ around and pointing that camera involved. Her eye for the subject will inspire many in the future and become their gateway in. Not to mention that her work provides a kick in the butt for this painter.”

It’s always a challenge making connections in a new town, but when this east-coast newcomer wandered into Araby wash she crashed the right party, Terry Masters says. “She’s made a fast friend of the smoke tree.”

For more on Millicent Harvey: http://www.millicentharvey.com/ 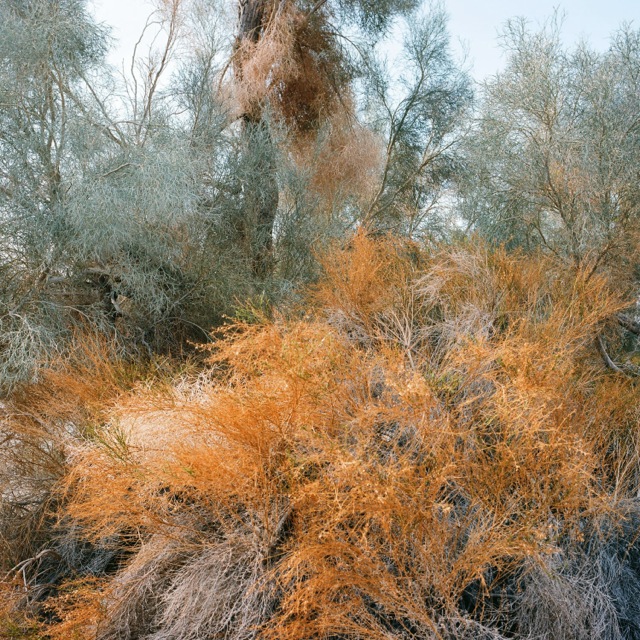