Two major retrospectives of women who drew inspiration from the desert are on view currently in Southern California. Agnes Martin came to New Mexico in the late 1960s and lived alone in an adobe hut on a mesa. The Los Angeles County Museum of Art is now displaying the first large-scale retrospective of her minimalist work, April 24-Sept 11, 2016. 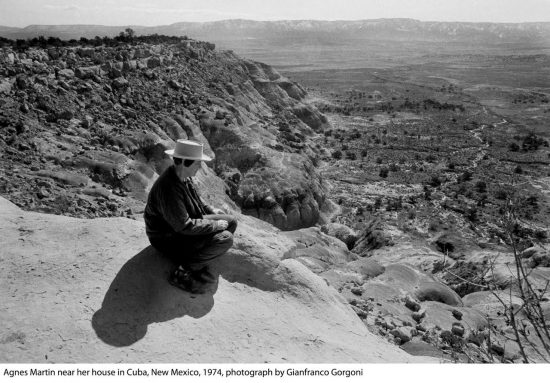 Martin’s biographer, Nancy Princenthal, cautioned in a recent LA Times interview that we shouldn’t think of Martin as a clichéd desert mystic. Yet she clearly had a love for austerity and open space.  Anyone who has exulted in desert distances can appreciate Martin’s comments upon viewing a horizon: “It was a horizontal line…..I found that the more I drew that line, the happier I got. First I thought it was like the sea…then I thought it was like singing! Well, I just went to town on this horizontal line.”

The Laguna Art Museum features a retrospective of work by Helen Lundeberg through May 30, 2016. Another artist influenced by desert shapes and forms, Lundeberg was married to artist Lorser Feitelson and helped to establish the styles of post-surrealism as well as the California hard-edge movement.

Lundeberg used to make drives to Palm Springs and Death Valley with her artist friend Eva Slater. While she claimed never to work from real landscapes (“These are invented things”), the desert lands she saw translated into a series of geometric abstractions: Desert Light, Desert View, Desert Road, Desert Coast.

She was honored by the Palm Springs Desert Museum (now the Palm Springs Art Museum) with a retrospective in 1983; the museum named her Woman of the Year in 1988. The Laguna exhibit is accompanied by a new book. Lundeberg also appears in Maurine St. Gaudens’ Emerging from the Shadows, recently featured on this website.

While Agnes Martin may not have been a pure desert hermit, Carl Eytel (1862-1925) certainly was. He lived in a hut above the present-day Palm Springs Tennis Club, traveled by burro and rarely sold any of his work. His paintings infrequently appear for sale, but now the surf historian and art dealer Allan Seymour is selling a prime Eytel in order to help finance his upcoming 50th wedding anniversary. 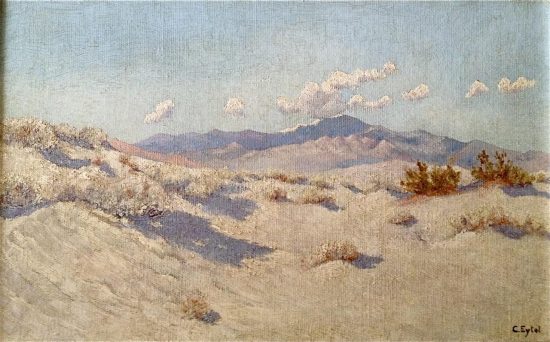 The 1915 painting Sand Dunes Near Palm Springs appeared in the 2010 Early Desert Painters exhibit at the Marks Art Center, College of the Desert. You can snap up the 12×18 painting for $2,400 and launch Allan and Gertie Seymour on a happy 50th.

The granddaughter of Borrego Springs watercolorist William Bartko found more than 80 of her late grandfather’s watercolors–unframed and some unsigned–and brought them into the Borrego Art Institute to sell on consignment. The prices range from $81 to $360, says director Kay Levie.

“The work that is dated runs from the ’70s to the ’80s,” she adds. “There are some wonderful sepia-toned works of the desert, also colored desert scenes, a couple of ocean scenes, some barns, some really wonderful old buildings from Nevada, some Lake Mead scenes, one of Lake Tahoe, Borrego churches…really a great collection of his work. We’ve had a tremendous response and have sold over a dozen so far. ” 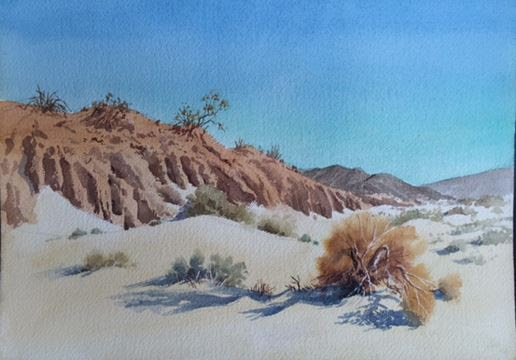 Kay will e-mail images to you if you let her know your area of interest. If you drive to Borrego to see the collection, be sure to visit the Art Institute’s new on-site restaurant, Kesling’s Kitchen, named for La Jolla architect William Kesling, who designed their mid-century building.

The Salton Sea: Lost in Paradise, an exhibit curated by Deborah Martin, has been extended until May 1, 2016. Stop by the Marks Art Center at College of the Desert in Palm Desert to see recent works by some of the best interpreters of the desert and the Sea, including Andrew Dickson, Eric Merrell, Mary-Austin Klein and Deborah herself.

Andrew Dickson’s sequence of Salton Sea drawings: The Expanse of the Sea

Rare photos of Cathedral City arts patron Christina Lillian have come our way,  thanks to Ann Brownlee, a great-niece of Christina’s from Salisbury, North Carolina. Ann sent the priceless portrait of Christina Lillian by Agnes Pelton that accompanies our recent article:  https://www.californiadesertart.com/?p=2586.

Below are her never-before-seen photos from Sven-Ska, Lillian’s art colony.

“My twin brother and I were in the first through third grades when we lived in California in the early 1950s and visited Aunt Christina,” Ann Brownlee wrote in an e-mail. “I can remember Joshua trees, and playing cowboy in the desert. Christina Lillian was my great aunt.  Her sister Marie Lillian Francis was my grandmother. My Mom Doris Lillian Francis Brownlee was the family genealogist.

“Aunt Christina was everyone’s favorite great aunt, at least it seemed that way to me.  And every single person seemed to be special to her. I can remember letters typed on her uniquely-fonted typewriter arriving, and you knew they were from her!

“When we were in the San Diego area, when Dad was in the Navy during the Korean war (early 1950s), we went out to the Mohave desert to visit Aunt Christina.  Sven-Ska was her motel, in Cathedral City, six miles from Palm Springs.  My memories are wispy. Christina had a cactus garden. She designed and made her own water-cooled air conditioning for the motel, what we’d call a swamp cooler today. It was so hot there that she’d always go world-traveling in August. ..I think the entire family lived vicariously through Christina!” 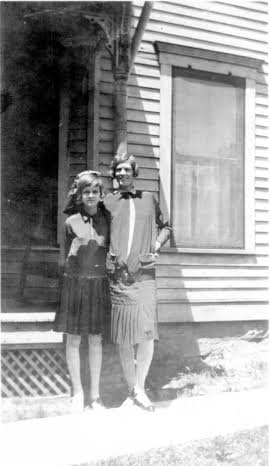 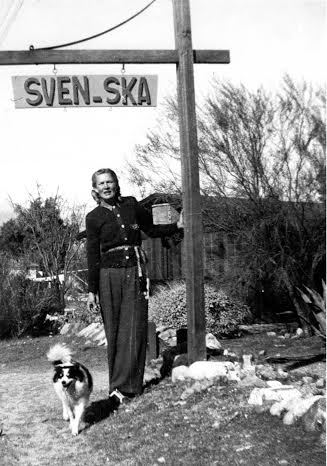 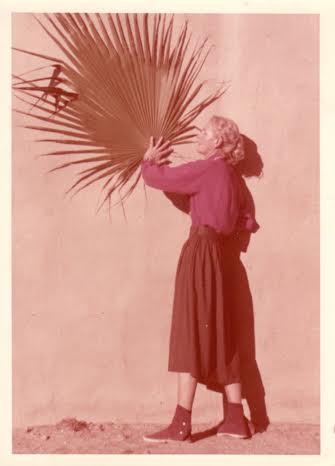 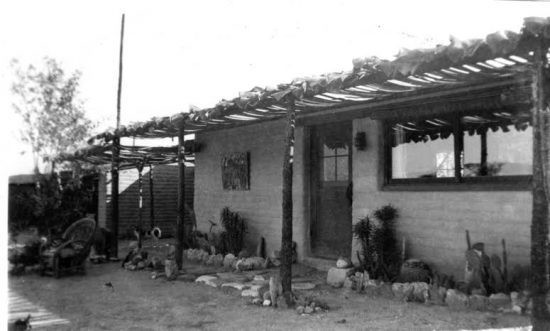 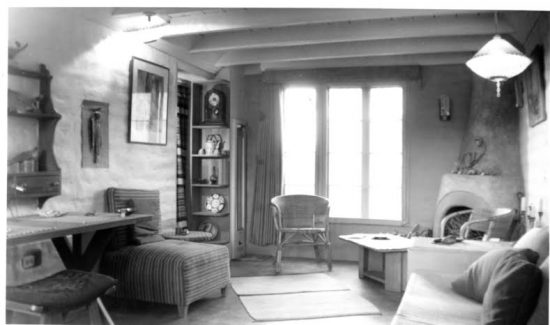 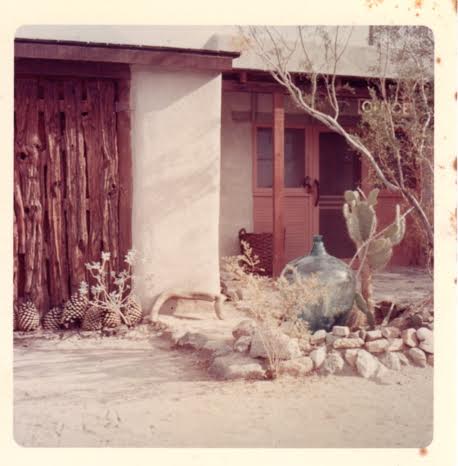 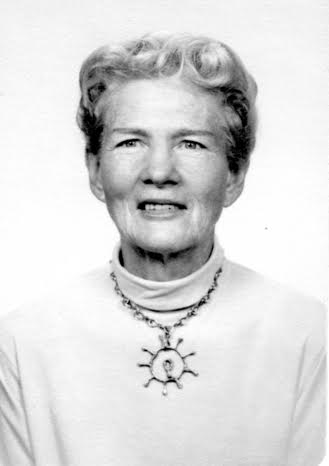