Portland art dealers Robert and Sue Joki were looking for an encore career to crown 25 years of success in the gallery business. They found their opening courtesy of the early Palm Springs photographer Stephen Willard. In May, 2013, the couple will reopen Willard’s Mammoth Lakes cabin and studio as a center for Sierra and Yosemite art. 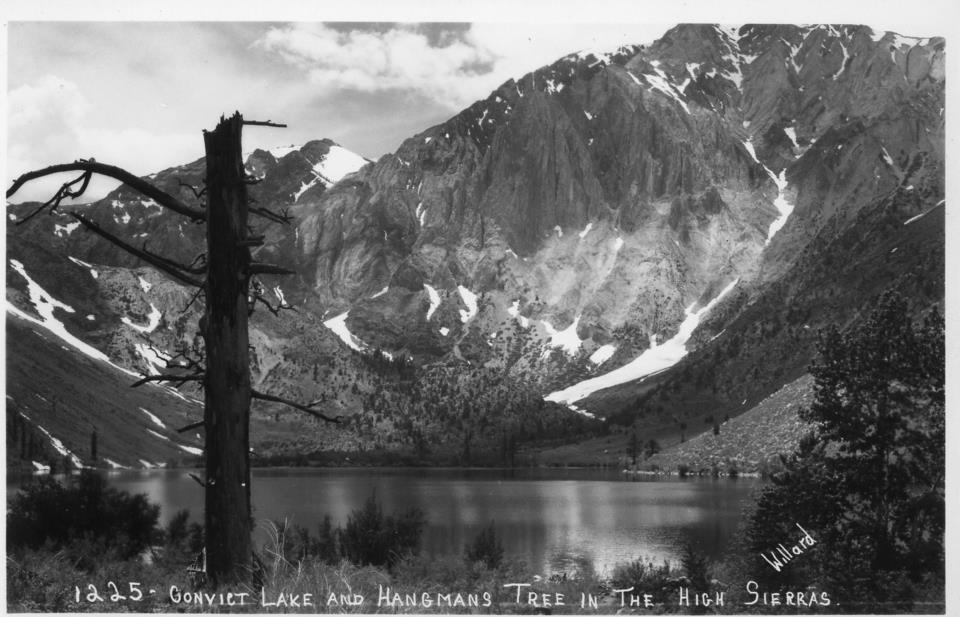 While Mammoth is not exactly smoke tree territory, the new Gallery at Twin Lakes is great news for followers of desert art. In California, the desert artists overlap with mountain artists, just as the mountains and deserts themselves overlap. Follow a desert artist long enough and you’re bound to wind up at the Devils Postpile; Sierra artists lead you back to Palm Canyon.

I caught up with Robert and Sue Joki (pronounced Yo-kee) on their annual visit to Palm Springs. They’re usually here to barter desert paintings, but this time they were laying the groundwork for the new gallery. Sue added a vintage cowboy hat to her gallery wardrobe courtesy of collector Marty Newman. Robert enlisted Terry Masters and other desert artists to be part of a Sierra-Palm Springs artists exchange. And they visited the Palm Springs Art Museum archives to learn all they could about Stephen Willard.

Willard later built a studio on the site of the current day Moorten Botanical Garden. For 58 years he roamed the desert and mountains, becoming known for his hand-painted postcards made from his black and white photos. He sold his work through the influential Desert Inn Gallery, and began spending summers at his cabin in Mammoth Lakes. 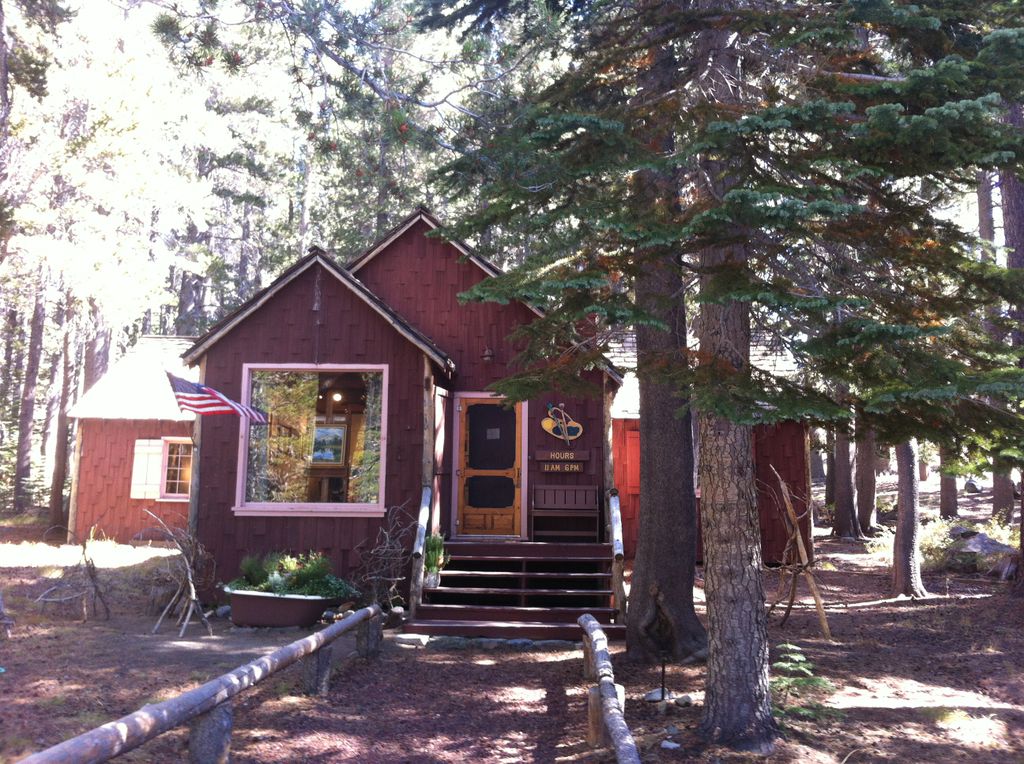 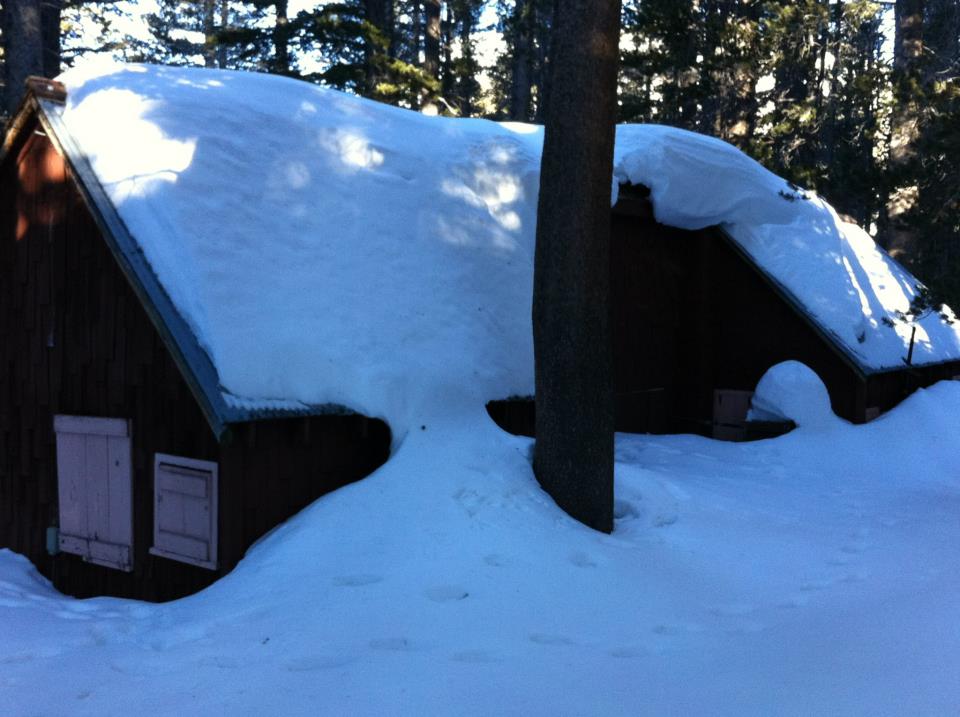 The Gallery at Twin Lakes in winter and summer. All photos courtesy of Robert and Sue Joki.

By 1947, Palm Springs was growing and the verbena was disappearing. Feeling crowded, Willard permanently decamped to his small home and art gallery at Twin Lakes. Anyone who has cross-country skied the closed Lake Mary Road has passed this snow-buried retreat.

Willard died in 1965. In 1999, his daughter Dr. Beatrice Willard donated his collected work—glass and film negatives, personal papers, maps and memorabilia—to the Palm Springs Art Museum (then the Palm Springs Desert Museum). In 2001 the museum staged a major exhibit on Willard, helping to bring him back into public view.

Now Willard is getting another big break, as Robert and Sue Joki devote their considerable skills to promoting the artist and his fellow adventurers who painted the Sierra. 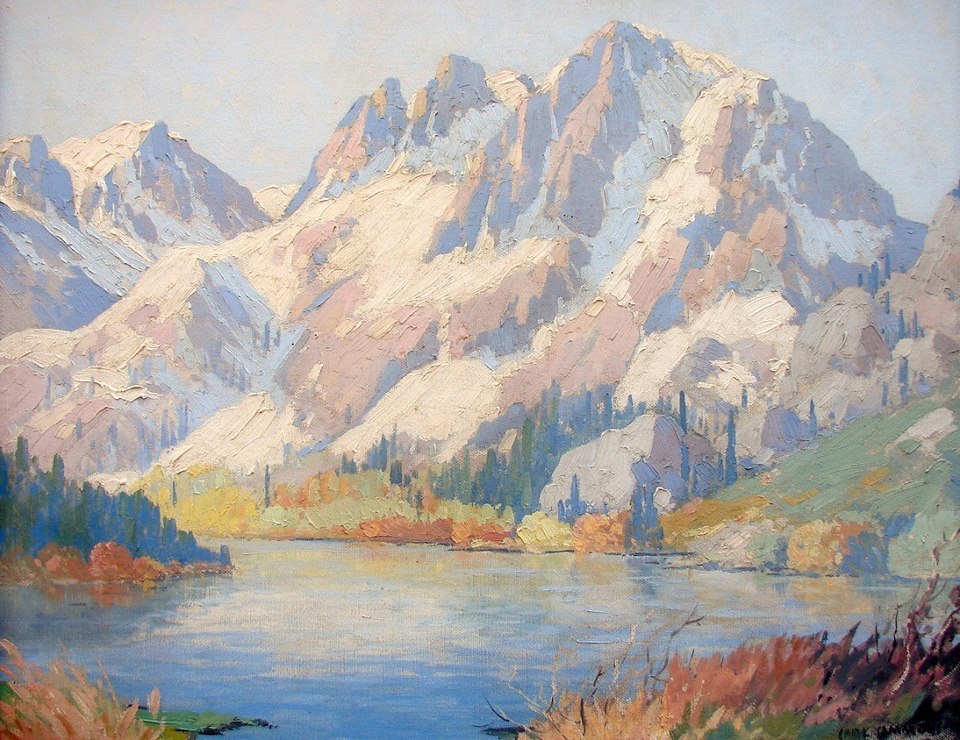 The earliest piece the Jokis will feature is a 1860s painting by Enoch Wood Perry, who traveled with Bierstadt. Other early artists include Harry Cassie Best (father-in-law of Ansel Adams), and Harry’s brother Arthur Best, along with Paul Grimm, Carl Sammons, Paul Lauritz and Mary Nimmo Moran, wife of Thomas Moran.

The Jokis Bring Energy and Knowledge to the Task

Robert Joki is a towering fellow of roaring enthusiasms—he races Indy cars, cage-fights UFC style and raises urban chickens and bees. His Sovereign Collection art gallery, across the street from the Portland Art Museum, specialized in early 20th Century American and European art, as well as Northwest regional art. “All art is regional art in a way,” says Robert. “In a manner of speaking Van Gogh was a regional artist.”

Sue Joki worked in advertising at the Oregonian newspaper. She grew up in La Canada, spending family vacations at Woods Lodge on one of Mammoth’s lakes. When the couple, now in their 50s, began thinking of a second-act career, Mammoth was a natural draw. “After 25 years with the gallery, it’s time to do something else while we’re still young enough to do it,” says Robert.

They worked out a special use agreement with the US Forest Service to operate the old Willard cabin, adjacent to the site of the 1860s mining town, Mammoth City. Their gallery season will be short as the cabin is often covered with snow. During tourist season they’ll feature historic 19th and early 20th century artwork of the eastern Sierra and Yosemite. They’ll live on site in season and show visitors Willard’s Real Photo postcards that he once sold through the gallery, and also his hand-colored photos of nearby places TJ Lake, the Forest Chapel, the Devils Postpile, the old Lake Mary Store, Hot Creek geyser and more. 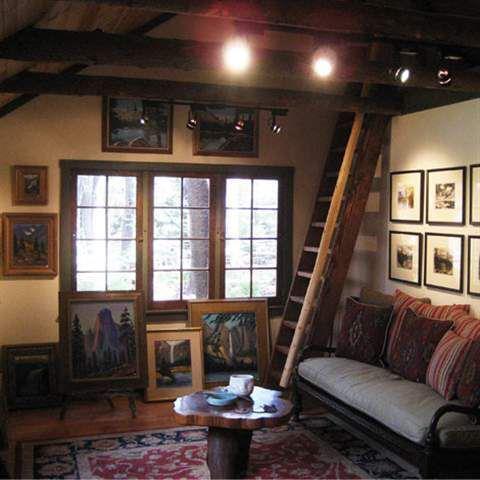 The Gallery at Twin Lakes, interior

Willard pioneered the paint-on-photo technique and was as skilled as major landscape painters. “This has to be considered fine art,” Joki says.

The Jokis will also feature contemporary landscape artists and plan to offer an artist’s residency, once they restore an old miner’s cabin on the property.

This all sounds like a lot of work for an encore career, until you hear the couple describe how they imagine their days. First they’ll shed their modern trappings and live like 1930s pioneers, down to their wardrobes. “Sue has about 300 pairs of shoes she’ll trade for boots,” Robert says.

Sue plans to begin her days hunting wildflowers with an old-fashioned camera with real film. Robert envisions getting up early to fish at TJ Lake. He’ll fry up the trout on the old stove, and then prop up the “Open” sign when he feels like it. “If we’re there we’re open,” he says. “We’re not going to limit our happiness.”

For news on the Gallery at Twin Lakes watch for the new gallery website: 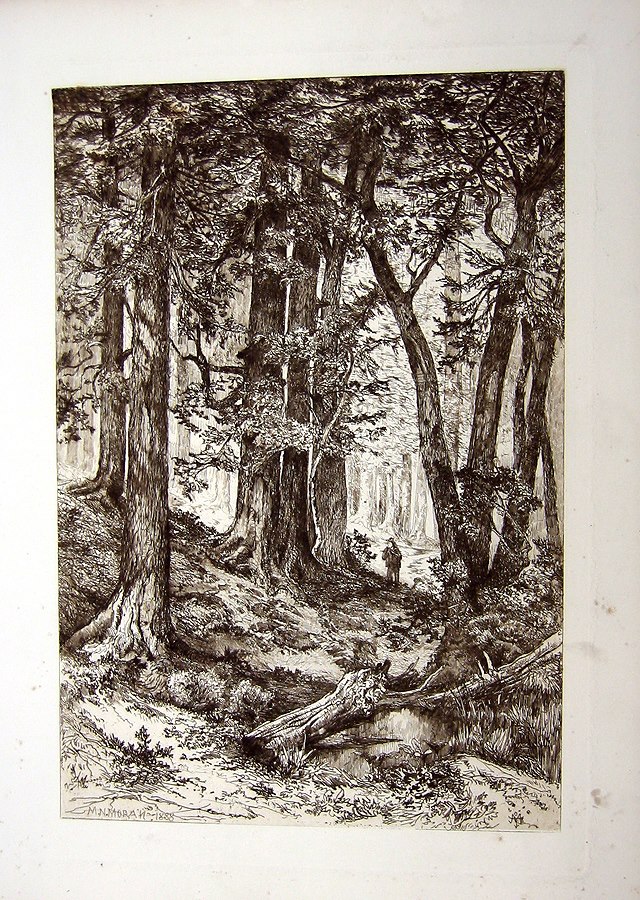