During this sad summer of 2020, I’ve often looked south from my Palm Springs home, past the new burn at Araby, orienting myself by the twin horns of Toro Peak. Up there is the wild Anza country. To get to Jane Culp’s house you go past Anza Electric, turn onto Coyote Canyon Road and wind around a maze of dirt roads until you come to the artist’s small cabin and studio. 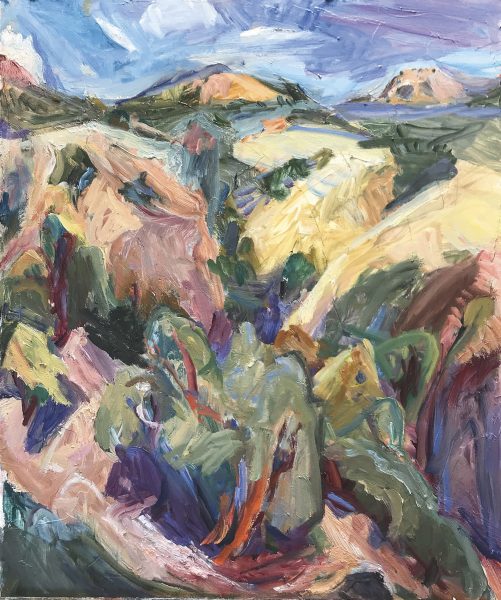 Anza: Dancing Hills From the Studio. Culp writes: “This very physical, visual history of the earth forming itself is reassuring. So also is the act of painting, which puts me in touch with a sense of a present kind of eternity.”

Having once visited her there, I now take comfort in knowing that–with the world in chaos down here–Culp is up there in her primordial habitat of time, rock, movement and space.

A new release from Fresco Books/University of New Mexico Press, Jane Culp: Echoes of the San Andreas, Paintings and Drawings, introduces you to Culp’s life and work. (She was previously featured on CDA in this Q&A by Larry Groff.) Life in her straw-bale house is rugged and visceral. It’s a hike to the studio from the house, a hike again to the outhouse. Mojave rattlesnakes visit the waterhole out back. Culp throws raw meat to the ravens and paints decaying cougar kills. 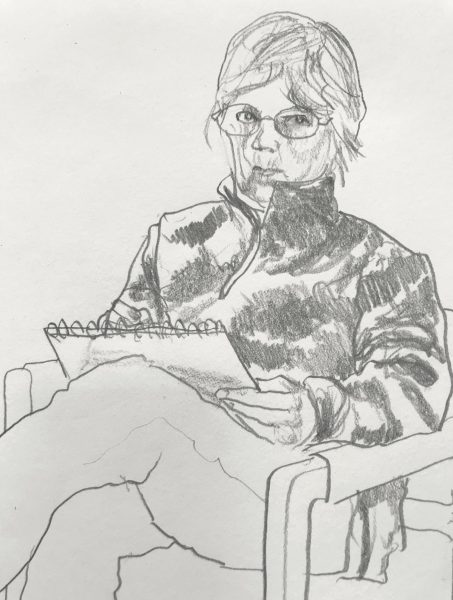 Drawing of Jane Culp by David Maxim. Culp writes: “Moving from New York to Anza, I feel as though I moved into my drawings. Holed up in this desert, I have become a hopeless anachronism within our dominant ‘weedy’ species. Here I have the rare opportunity to investigate the trumpet call of surrounding wildlands: its geological time clock viewed through the character of place.”

There is no railing on the studio deck (so as to not get in the way of Culp’s easel) and it feels like you could drop right off into the vast Borrego desert below, listening to the ghost shouts of the Anza Expedition on your way down. (Juan Bautista de Anza and his Spanish soldiers passed by Culp’s hill in 1774.) If you manage to avoid the plunge, look out for the Coyote Creek spur of a major earthquake fault that runs nearby the studio.

Culp is attuned to the “fracturing, cracking, popping, breathing” of this crust. She has such affection for violent natural forces that the fault line gets the title spot in her new book.

I’ve always liked geologists and I like Jane Culp for the same reasons. People who study rock possess “four-dimensional minds,” as John McPhee once said. Catastrophe is routine in Deep Time. End Times? Nothing new.

It’s not that Culp has abandoned our temporal, human world entirely. She has an active Facebook presence where she engages with other artists in protest of climate change and Donald Trump. (She once said “El Capitan is my president.”)  And she often goes to Borrego Springs for a dose of civilization at the home of her partner, jeep driver extraordinaire Dick Bogue. But she always hungers to return to the Santa Rosa mountain country.

Culp was molded in the highly verbal and analytical New York art scene. She received a BFA at Washington University in St. Louis, then an MFA at Yale University Art School and became a regular at drawing sessions at the New York Studio School. Once she married New York painter and critic Louis Finkelstein, she spent time around a lot of heady Abstract Expressionist painters and high-flown art talk. After her husband died, she made the radical move to her off-grid studio on 60-acres and slipped into a realm beyond words. The paintings born in her aerie resist language, and retain all the bucking, crashing energy of the land and sky. 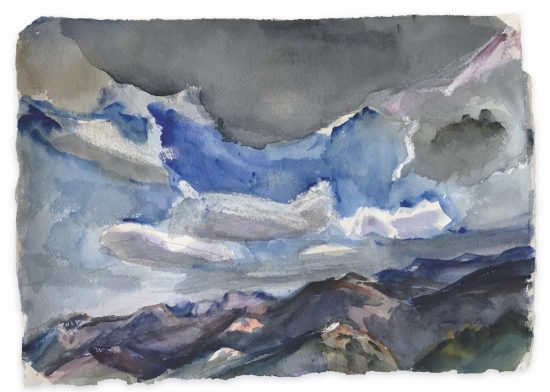 Anza: View Toward Coyote Canyon From the Studio. Jane Culp writes: “Here in the Anza-Borrego Desert, where the major San Jacinto fault touches the smaller Coyote Creek fault, my eyes ride the backbone of nearby rocky ridges as on a bucking animal. The Borrego Badlands, which were once a seabed and laced with fault lines, comprise layered limestone and
sedimentary rock.”

Following the fractures and fissures, she travels with her easel from Borrego to Tioga Pass and Yosemite Valley to Joshua Tree, Death Valley and the eastern Sierra. Living simply wherever she goes, she seeks what nature writer Barry Lopez called the “irreducible, holy complexity” of the land. Lopez once said Culp’s work was an encouragement to him–as if he too was looking up at Toro for her night light.

Curator David Forgang said of all the artists he’s known in 32 years of managing the Yosemite Artists-in-Residence program, Jane Culp was the most “far out.”

Below are some images from the new book, due in September, 2020. Edited by Susan Hallsten McGarry, the book includes a foreword by Stanley Lewis with additional text by Larry Groff, David Forgang, David Maxim, and poet Penelope Moffet. If you’re in the desert this pandemic summer, look for those twin bumps of Toro and think of Jane out there on the edge. Far Out. 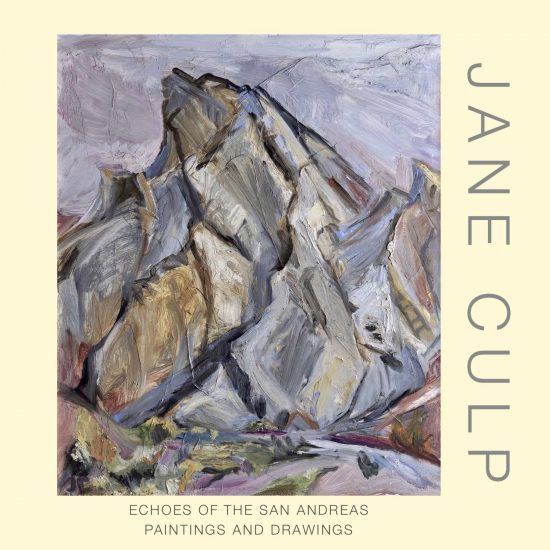 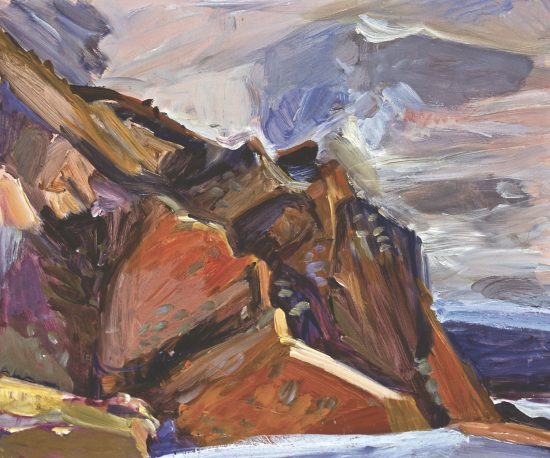 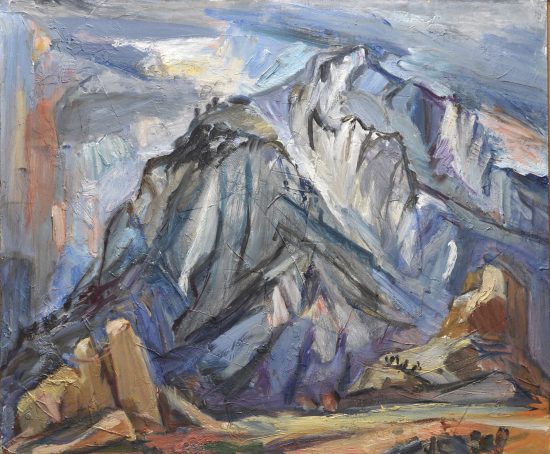 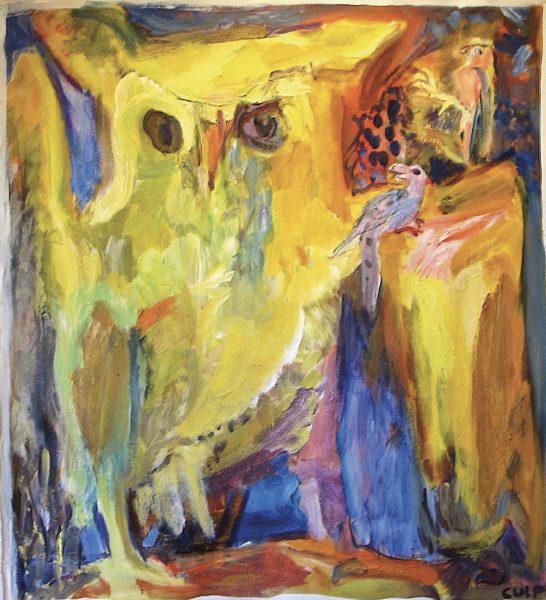 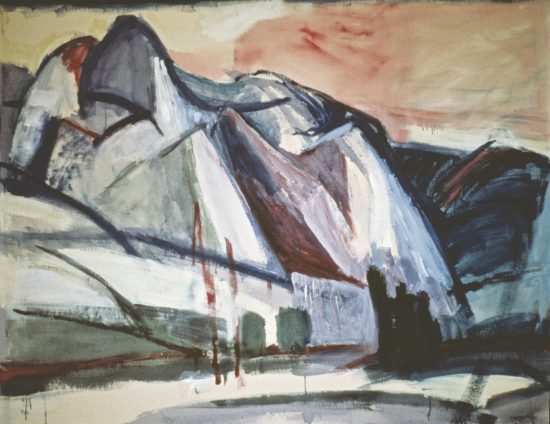 Yosemite: Sentinels in the Valley. Culp writes: “I hope my work gives voice to the essence of that structural process that is literally embodied in the land. I am a modernist who prefers motion over conceived design. The push/pull of Hans Hofmann’s teachings and the intensely felt, internal geodesics of Chaim Soutine’s landscapes serve my earthquake country the best.” 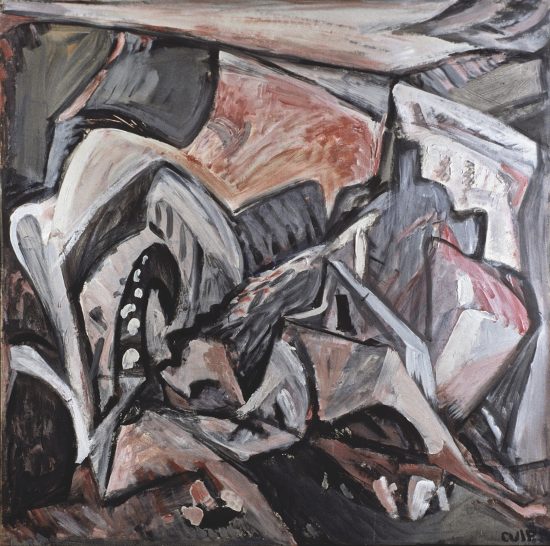 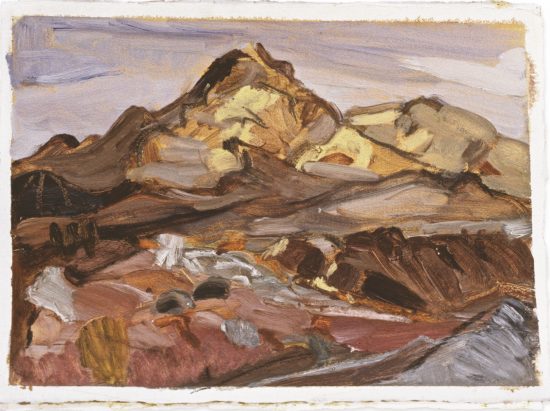 Above Death Valley: Calico Phase of the Amargosa Chaos. Culp writes: “When working outside in the desert southwest with its overpowering winds and relentless sun, I strap my easel to my legs because there are no trees but cactus, low sharp brush, and boulders. When I work a watercolor, it is on the ground with either my knees or my feet holding down the painting board. When once asked why he did not paint plein air, Degas replied, “Painting is not an outdoor sport.” But I find that by necessity it must resemble one!” 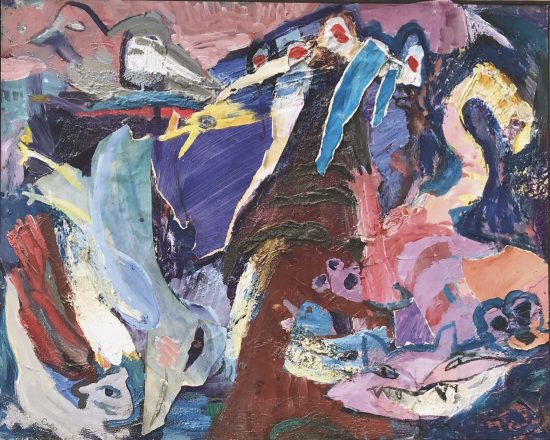 6 comments for “Echoes of the San Andreas: A New Book from Jane Culp”