December 10, 2018–Jeff Lapides was laying out pages for historian John Robinson’s final book when he noticed some very old photos by a man with a fancy name: Rudolph d’Heureuse. “I thought who the heck was this French guy and what the heck was he doing in the desert in 1863?” Lapides said. 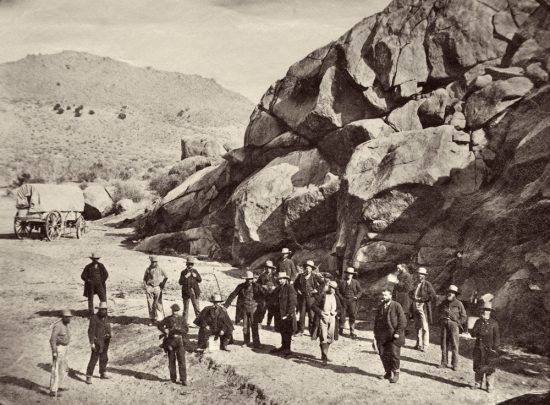 What the heck? All great quests begin with this very question.

Lapides, a Sierra Madre photographer and book designer, was to discover the man with the ornate name made the earliest images we have of the Mojave. You can see the 155-year-old photos of forts, mines, canyons, Indians and soldiers in a new book: The Mojave Road in 1863: The Pioneering Photographs of Rudolph D’Heureuse.

When we think of the first Southern California photographers we think of Carleton Watkins, who photographed Los Angeles in the 1880s, and Timothy O’Sullivan, who photographed the Colorado River in 1871. But they were latecomers compared to d’Heureuse (pronounced dah-ROOZ). His work challenges us to squint our eyes and unshackle our minds as we look farther back in desert time than we ever have before. The late California photography historian Peter Palmquist called this work the oldest body of survey photographs of the desert Southwest. 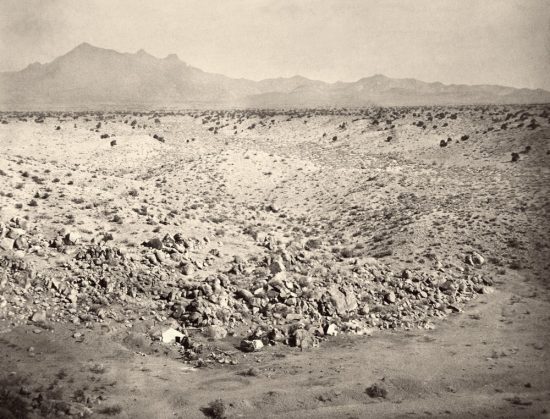 The importance of the collection was just dawning on Lapides as he traced the photos to the archives of the Bancroft Library. After finding the collection intact, he became determined to honor his friend, mountain historian and author John Robinson, with a book of his own about California’s past. Lapides’ goal was to finish the book and drive to Colorado to deliver it personally to Robinson–but the gift was never delivered as Robinson died in April, 2018. Lapides’ book is dedicated to John Robinson: “a great spirit of mountains and trails.”

Along the way Lapides discovered d’Heureuse was not French as many had assumed, but German. He came to the US in 1848 then joined the 49ers in California. In 1862, investors scouting gold, silver and copper mines sent him to explore Eldorado Canyon (south of Las Vegas) and from there he continued his pioneering mission, lugging bulky glass plates into the Mojave wilderness on a photographer’s traveling wagon.

As a photographer himself, Lapides saw something more than a historical coup in the prints; he saw an artistic talent. “Some of these photographs are incredible, and I wondered: What’s going on?” he said. “There was a story here and I wanted to basically bring d’Heureuse back from the dead.”

As Lapides prepared the prints for publication, he worked to preserve the details d’Heureuse himself had seen. “My goal was to make the photos look as though we had discovered the original glass plates,” he said. Old glass plates were often recycled to fabricate greenhouses, and more than 90% of them–including d’Heureuse’s–were lost. 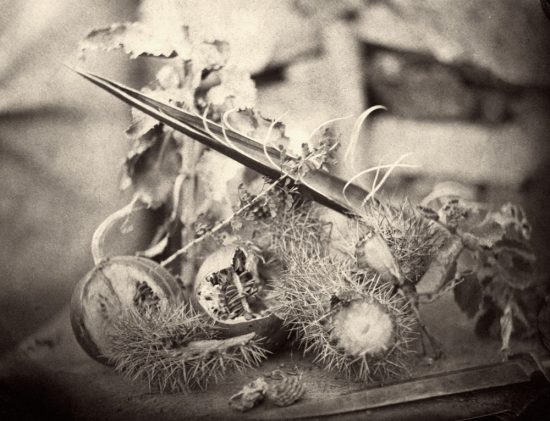 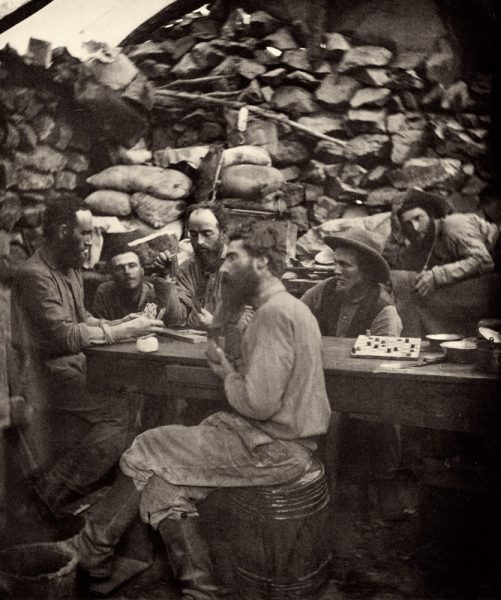 Among Lapides’ favorites are the delicate still life with cholla and coyote melon,  and the portrait of grimy miners playing cards. “Some shots I thought were really outstanding,” he says. “The one taken high above Rock Springs and looking down into Macedonia–I love the scale of that shot. In the foreground is some human development but you have to look for it.”

The photos reveal a brutally hard life for early desert travelers. As Lapides observed: “There’s a photo of Dr. Stark, the surgeon at Fort Mojave, standing with a couple of Indians. Dr. Stark is only 22 years old in that picture, but he looks like someone who’s 40.” 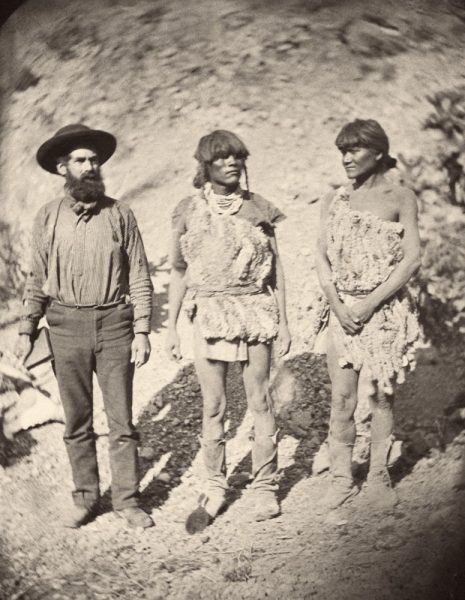 D’Heureuse briefly joined a distinguished brotherhood when Ansel Adams included his work in a 1942 exhibit of frontier photographers at the Museum of Modern Art in New York. Included were Timothy O’Sullivan, Carleton Watkins, William Henry Jackson, Civil War chronicler Mathew Brady and others famous today. Ansel Adams said of the line-up: “These men had no time or inclination for self-conscious ‘art’; hence, a virile quality of art was achieved as is often the case when expression depends on function.”

Lapides’ accomplice in resurrecting the photos was Dennis Casebier, founder of the Mojave Desert Heritage and Cultural Association (MDHCA). Casebier had worked for decades to preserve the integrity of the old Mojave Road, where d’Heureuse took many of his photographs. The ancient Indian trail crosses the Mojave desert from the Colorado River to Cajon Pass and is a rite of passage for off-roaders and history fans today. Here you can still traverse a largely untouched 138 miles of historic overland road through the Mojave National Preserve. (Please do not attempt this without researching the hazards of this route.) 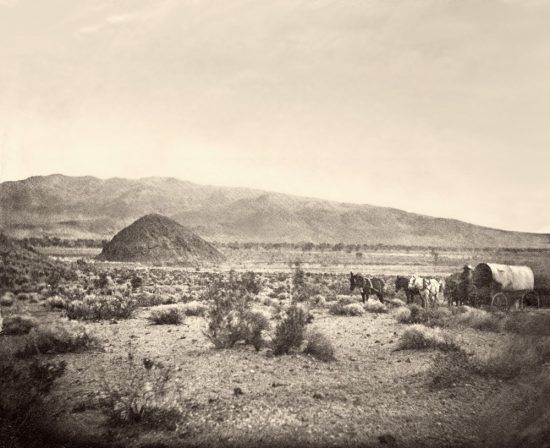 When Lapides brought the images to Casebier, the Mojave historian felt a jolt of recognition. He’d been studying and traveling this road for decades and the people in the 155-year-old photos were personal to him. As he once said in an interview: “I can tell you the names of every soldier that was stationed on the Road, and when he was here. I can even tell you the color of his eyes.” Casebier wrote the Foreword to the book, which was published by the MDHCA.

The photos in the book are likely all that exist of d’Heureuse’s work. “I don’t think we’re ever going to find anything else at this point,” Lapides says. “I contend there are photographs of his that are lost forever.” Thanks to Jeff Lapides, though, d’Heureuse is now found.

← Collecting on the Edge: George Wanlass Travels to the Outer Limits of Western Art
Postcards From Mecca: How to Save a Desert Artist →

4 comments for “Rudolph d’Heureuse: The Earliest Photographs of the Wild Mojave”