February 1, 2019–In the next few weeks, desert art will have a moment. We’ll be gracing the pages of major magazines and newspapers around the world: Vogue, Architectural Digest, W Magazine. If the 2017 coverage is any gauge, the 2019 coverage of Desert X–a site-specific extravaganza that clogs the Valley from February 9-April 21, 2019—will be fawning. You might think this means desert art has finally come of age, but actually Desert X is not about the desert at all. 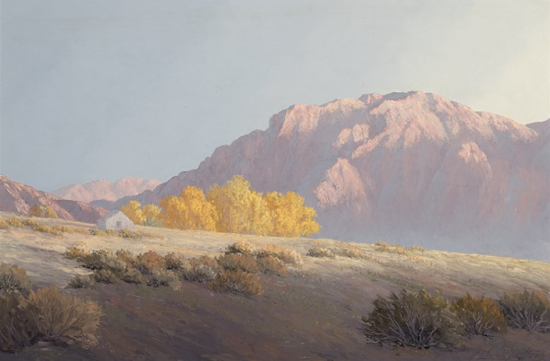 Consider the biggest act slated for this year. (I say act because Desert X is truly a large-scale tourist attraction, a sprawling carnival sideshow.) An internationally famous artist named Jenny Holzer plans to light up a mountainside with huge letters protesting gun violence. The problem is, her lights themselves will do violence to the locals–chuckwallas, foxes and moths. Artificial light is profoundly harmful to wildlife. Birds become disoriented and crash; coyotes still their songs.

The Holzer rave party was turned away from the La Quinta Cove because of the potential traffic problems. The Desert X crew then turned to a far worse location: Whitewater Preserve. If there is a “last best place” in the Coachella Valley, this is it. Bighorn sheep, bear, cougars and deer use the canyon as a vital pathway between the San Jacinto and San Gorgonio Mountains. Landscape painters adore this place, which is under the caring and able stewardship of the Wildlands Conservancy. 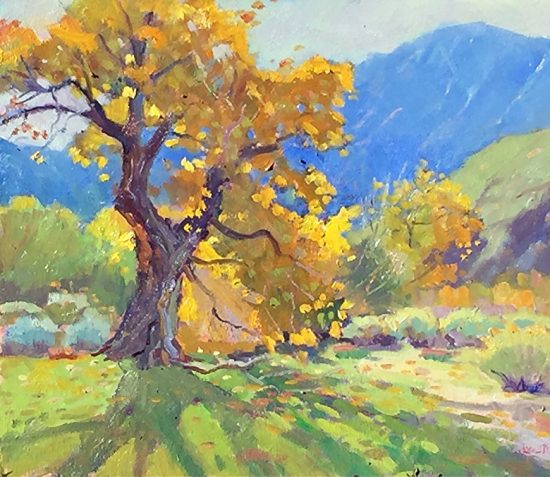 The Conservancy must have been temporarily blinded by the glare of Desert X, however, because they approved a six-night light show in the protected lair of the tanager and vermillion flycatcher. Don’t feel bad Wildlands, as so many have been similarly blinded by Desert X’s promise of glamour and influence.

As of yesterday, Conservancy executive director David Myers said he is canceling the ill-conceived light show at Whitewater. Now we have a cliff-hanger. Where will Jenny Holzer find a new mountain on such short notice? Snow Creek? How about the Mecca Hills? There is no one there to tell her No.

Desert X in fact seeks out the places where no one will tell them No. They are littering the shores of the Salton Sea and even the Sea itself (an exhibit about to debut is a solar-powered floating laboratory), seemingly oblivious that this is one of the most important stops for migrating birds in North America. Migration–which coincides with Desert X–is easily disrupted by huge art installations and a flood of Instagram tourists. The Salton Sea is no more a blank canvas than the golden cliffs of Whitewater. 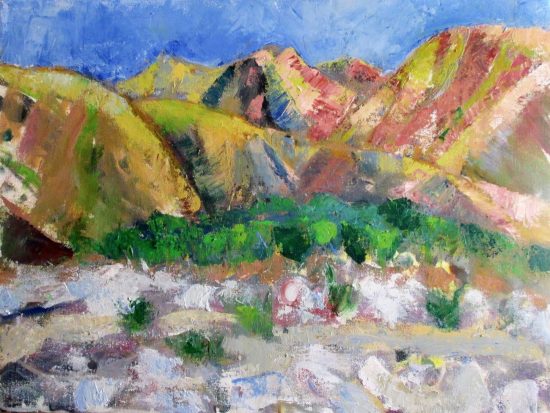 When you look deeper into Desert X, the glamour starts to curdle. It’s part of an art world model known as a biennial (occurring every two years), and is propelled by tourism and the marketing of destinations. In recent decades biennials have populated the entire planet–with some 200-300 of these events worldwide. A shrewd artist or curator could live on the biennial circuit and rarely sleep in his or her own bed.

In case you’d like to try this yourself, here is the template: Find a location with lots of wealthy people (the desert qualifies.) Find a place likely to draw attention. (Lompoc won’t work but Palm Springs will due to the huge popularity of the Coachella festival and spin-off industries.) Connect with locals who will help you sell the idea to city councils and tourist boards. Find a curator with European flair and a gift for blather.

As curator, you then think up some vague political themes–say, the environment and the Salton Sea. (People have been holding fruitless symposiums on the Salton Sea since I moved to Palm Springs 25 years ago.) Schedule a symposium or two. Then you can claim the entire sideshow is motivated by serious convictions.

In the 2017 version of Desert X, artistic director Neville Wakefield famously described the desert as a blank canvas just waiting for the imprint of artists. While he later swallowed those words, Desert X still seems to see blank slates everywhere. 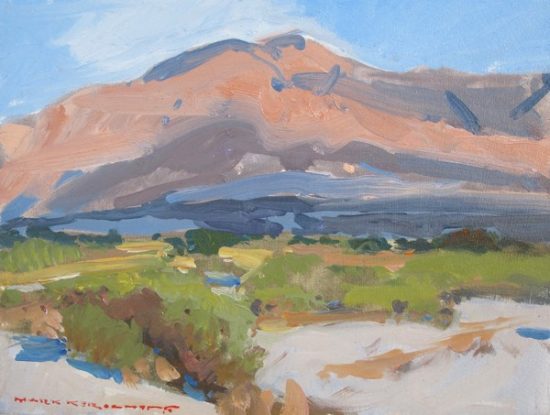 All of this might be a passing transgression if it weren’t for the powerful copycat effect of Instagram. If you are the curator of a biennial event, your first criteria: Is it Instagram material? All across the world, impressionable young people see photos of a mirrored house in the desert and light shows on cliff faces–and a new generation of wildlands vandals is born.

Do some of you Desert X artists and organizers truly care about this place bighorn sheep call home? No doubt some of you do. But sincerity is easily warped by big money; conviction wobbles in the presence of big names.

Today, days away from the Desert X kickoff, where is Neville Wakefield? He is in Gstaad, Switzerland opening another site-specific carnival and unveiling a copy of the mirror house that blinded bats and residents in Palm Springs in 2017.

Today Neville Wakefield is telling the Swiss locals how much he cares about their mountains. What will you say when he comes for yours?

← Postcards From Mecca: How to Save a Desert Artist
Hail San Jacinto! When Desert X Met the Mountain →

18 comments for “Desert X is Coming For Your Mountains”