Weshoyot Alvitre is a Tongva and Scottish Comic Book artist and illustrator. Her piece TONGVALAND was created in 2019. This op-ed is written in response to the Desert X exhibition in Palm Springs, California, and installation of large oversized “INDIANLAND” letters on Cahuilla land, reminiscent of the Hollywoodland sign, called “Never Forget”. 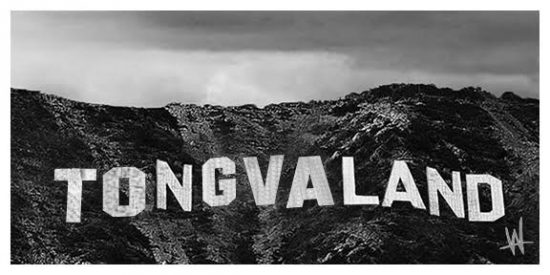 Never forget the original people of this land, those who have been here for over 10,000 years easily, according to what scientists feel comfortable recognizing, those who have been here since time immemorial to those who listen to Us. I currently live on Ventureno Chumash territory. I was born on joint Chumash and Tongva territory in the Santa Monica Mountains, the solstice site of Satwiwa, the cultural center was aptly named. I am Tongva.

Never forget that my tribe’s traditional lands span from the spiritual center of our very emergence at Puvungna, to the mountains that wrap around Los Angeles Basin like a mother’s protective hand. Never forget that the heartline connecting my people from the rain and snowmelt on the mountain ridge, down through the Los Angeles Basin and out to sea and the Channel Islands still exists today, as We do. Never forget the once massive river, which nourished Us, which fed Us, which was the main artery of our mother’s heart, was cemented in as Our lands were taken over, first by the Spanish and then by the US Government.

Never forget the blood that is currently in my veins, transferring this to your inbox, is blood that was mixed with that of Leather Jacket soldiers who first settled Mission San Gabriel, who rode alongside Junipero Serra, and gazed at the mountains We now know as Hollywood and Los Angeles; That same blood was spilled on the dirt floor of Mission San Diego for a trial my ancestor was accused of: beaten and sentenced 5 years hard labor for and that still lies in the dust as dried blood cells and DNA at the Presidio. Never forget my Leather Jacket ancestor, who saw the error of the inhumane treatment of the Spanish crown for those beneath it, escaped as a fugitive from his sworn duty to expand estate in San Jose. Never forget the blood spilled from repeated lashings for marrying Indian women, for defying authority, and the afterbirth once his children were born mixed race, during this time of upheaval and conquest. 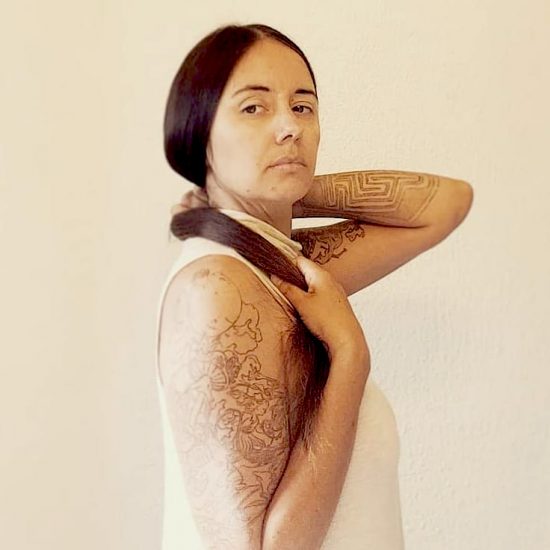 Never forget how the walls of each and every single Mission in the state of California was built from Indian hands, mixing blood and adobe; prayers and memory for Us to listen to now if We sit down and take the time. Never forget how Our Ancestors were forcibly moved off of Our traditional homelands, while the lands were taken, plowed, Our burial sites and homes razed, Our bones shattered like our spirits. Never forget these things are still happening today at sites like Bolsa Chica and Puvungna.

Never forget how Our cousins and extended families from surrounding tribes, the Chumash, the Tataviam, the Cahuilla, the Luiseno, the Kumeyaay, suffered the same fates on different timelines and how all of Our hearts are split open and wounded from the same traumas. Never forget when We go back to Our tribal lands, gather Our traditional plants and medicines, inhale the scents of thousands of years of seasons and cycles and moons, that We connect back to all those who came before us.

Never forget that the Hollywoodland sign rests on Tongva traditional lands, Cahuenga “place of the hill”, and was installed without Our permission. Never forget that village sites once sat at the base of that monumental hill, plundered by non-Natives on horseback, which now sits littered with trash: pierced with rusting scaffolding and enormous letters of the colonizing powers that be. Never forget that they tried over and over again to kill Us in westerns, in movies and tv series; portray Us as ignorant animals beneath brown face and feathered headdresses and leather costume department outfits.

Never forget that when you are visiting Griffith Park, to view the Hollywood sign, you are on Tongva Land.

Never forget that the most recognizable sign in the entertainment industry, and the industry itself in Los Angeles and Hollywood and Burbank is directly on top of Tongva Lands.

Never forget the Hollywood stars celebrating every man and woman who had a successful career entertaining the world, and every Oscar statue, profited off of Tongva Lands.

Never forget the hundreds of films, shot on unceded lands and sacred sites, forever memorialized in sandstone backdrops, mission remains, and sepia toned chaparral are on Tongva Lands. Never forget that even today, soundstages and locations for off world shows and financial successes of entertainment moguls and their streaming services lay on Tongva Lands.

And so I write to you today, as Desert X is asking people to come out and view “INDIANLAND” TM installed for a selfie while potentially desecrating Cahuilla tribal lands with its installation, potentially furthering land pollution and habitat destruction with tourist traffic and cars, contributing to tribal erasure by the umbrella term INDIAN LAND, to stop and think.

I ask you: to do your homework and never forget that a Tongva woman created an intentionally digital image years ago of the Hollywoodland monument as social political commentary on erasure of MY people, colonization of Our land, theft of the resources and continued profiteering by corporations living on, working on, existing on unceded Tongva land. 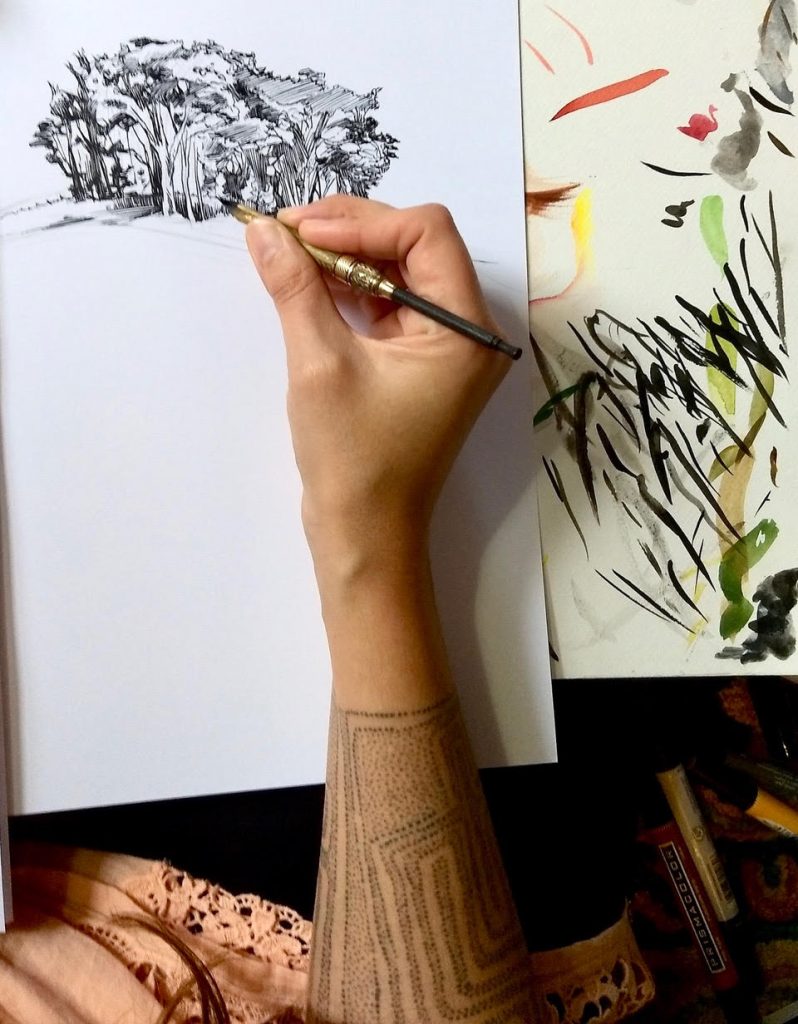 I ask you to never forget that even if the Tongva tribe were to receive federal recognition, that there is no one area unsullied in the Los Angeles Basin to give back to Us for reservation and/or tribal lands, to be able to reclaim Our ways of life.

I ask you to never forget the billions of gallons of waters polluted, running into the Los Angeles river, strangling Our relatives, and suffocating them with motor oil and cement and runoff, flowing to the ocean, evaporating into the clouds and back again as tears in the rain on asphalted streets and chipped Hollywood stars.

I ask you to never forget the millions of dollars of oil that has been extracted from Our tribal lands, against Our consent, from Signal Hill and Whittier Narrows and every inch of Our measurable land base.

I ask you to ask how buying back tribal lands from the people who stole them is a productive way to heal for any of us.

I ask you when do YOU care if it is INDIANLAND? When it’s convenient? When it’s trending?

Real Indian land is not a photo op.

Real Indian land is not an art piece or a trademark.

Real Indian land is everything beneath our feet.

Real Indian land is our home; Treat it as such.

Never forget, You are a guest on Indian land. Even when you are Indian. 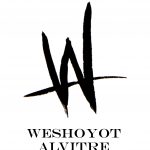 Illustrator At the Mountains Base (Kokila, Sept 2019)

Artist Ghost River: The Fall and Rise of the Conestoga (Library Company of Philadelphia,fall 2019)