When you’re driving in from LA and hit Banning and the woolly San Gorgonio Pass, you’ve officially entered smoketree country. As Banning celebrates its 100th birthday this year, this atmospheric desert edge town is ramping up as a center for Western and desert art. The Banning Art Center Gallery, representing many fine Pass artists, recently moved into the Haven Sandwich Shop at Ramsey Street and San Gorgonio. See more here: 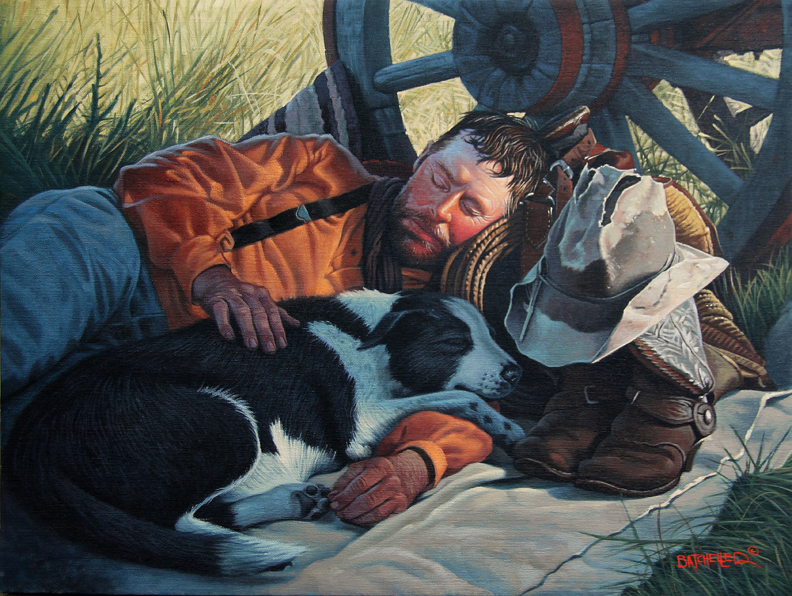 And, on June 1st and 2nd, 2013, the Banning Centennial festivities feature a Cowboy Art Show at the Gilman Historic Ranch and Wagon Museum. The Gilman Ranch (where Willie Boy launched his famous run) is worth the trip alone, but you also get to enjoy the work of Carolyne Hawley, a well-known equine and cowboy artist from Morongo Valley, and the Western realist painter Keith Batcheller. Luckily for us, Batcheller retired from the illustration business (he worked for Walt Disney Productions, Sea World, Warner Brothers and other clients) and has turned his focus to painting the story of the West.

Every time I see a Louisa McElwain painting in an art magazine (a frequent occurrence these days) I’m stopped by her perfect expression of the Smoketree School ethic. Even though she’s painting New Mexico hoodoos rather than California washes, she captures a wild, physical expression of arid places that transcends state lines. I’ve been wanting to feature her work in California Desert Art, and so was as stunned as many of her fans to learn the exuberant artist died on February 26, 2013. Her obituary described her as a mother, artist, farmer and force of nature. You can see her painting videos online or view her work here:

Wildflower Artists at the Huntington through July 8th

For an early summer city getaway, go see When They Were Wild, a show of early California botanic art at The Huntington. Some of the best desert artists had dual callings in geology, archaeology, botany and other natural sciences. The science informed their art and their art, the science. This major exhibit includes artists who captured desert flora such as Stella Sherwood Vosburg and Henry Mockel of 29 Palms.

When They Were Wild: Recapturing California’s Wildflower Heritage has been extended through July 8th, 2013. The exhibit is a collaboration of The Huntington, Rancho Santa Ana Botanic Garden in Claremont and the Theodore Payne Foundation for Wildflowers and Native Plants in Sun Valley, Calif.

Southwest Museum, A Cradle of California Art in Jeopardy

The journalist and historian Charles Lummis was pals with many of the artists important to the desert lands, including Maynard Dixon, Edward Borein, Fernand Lungren, William Lees Judson and others. The Southwest Museum–founded by Lummis in LA’s  Arroyo Seco neighborhood in 1914–nurtured California artists and writers for decades. However the museum has been in limbo and mostly shut down for years since The Autry took over the operation. 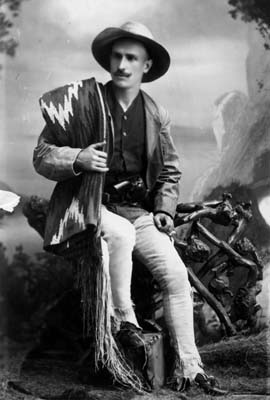 A group called Friends of the Southwest Museum is trying to bring it out of hibernation.  Nicole Possert of the Friends group says their aim is “doing the right thing for the very first museum in Los Angeles and to honor the legacy of Lummis and friends.”  Help preserve this chunk of California art history by giving your support to the Friends of the Southwest Museum Coalition.

One of our favorite contemporary desert artists, Victor Schiro has a show at the Conejo Valley Art Museum in Thousand Oaks through June 16th. From the Mountains to the Valleys in Southern California features work from Victor’s favorite places—The Kern River, Owens Valley, Mojave and Borrego deserts. 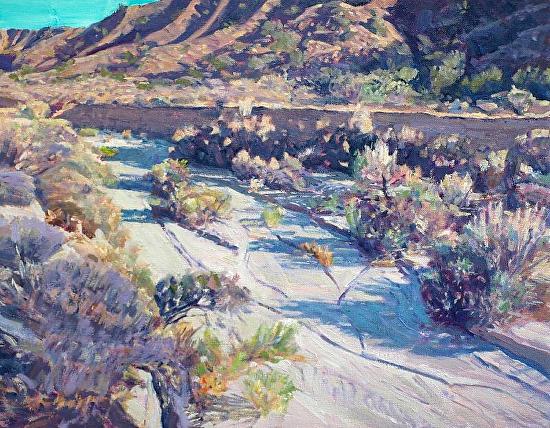 Finally, take a look at the new website for Terry Masters’ Desert Painter Gallery in Palm Springs, the premier gallery of the modern Smoketree painters: http://desertpainter.com/