Postcards from Mecca is a hero’s journey. Pioneer photographer Susie Keef Smith triumphed over heat, disability and roadless wilderness to document the 1920s desert east of the Salton Sea. But every heroic tale requires a villain. For Susie, it was the county administrator who dumped all of her life’s work into the trash. (The work of her sidekick and cousin, Lula Mae Graves, was preserved by Lula’s grandson, Warner V. Graves III.) 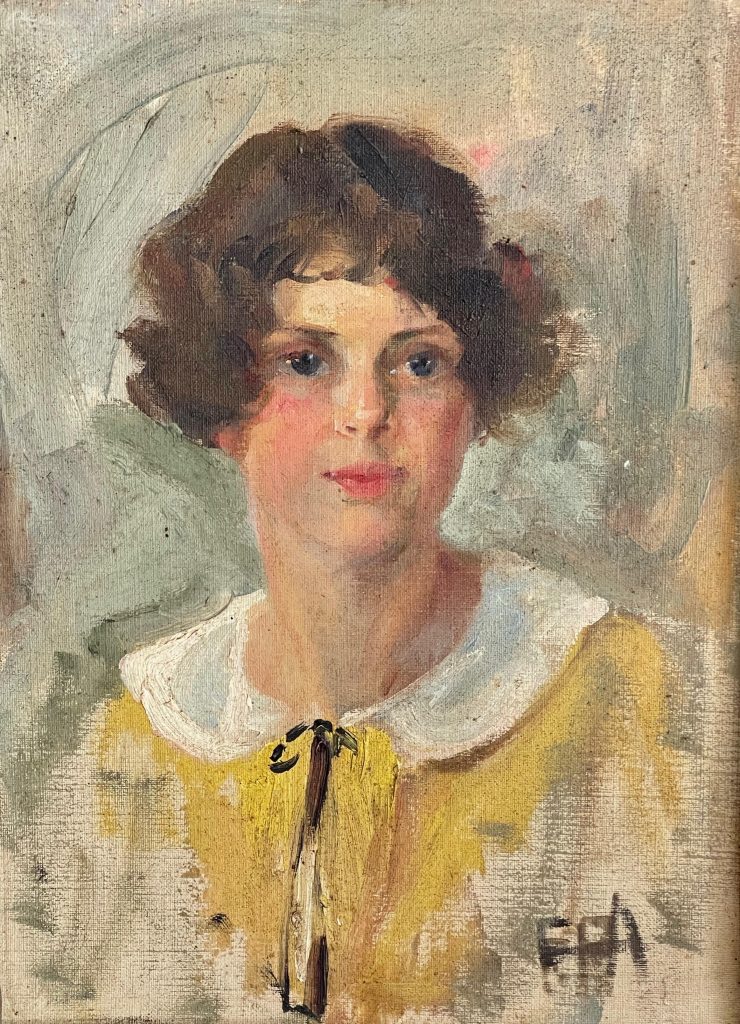 This portrait of young Susie Smith is by an unknown painter who spent time at the artists’ camp next door to the Smiths’ Mecca Ranch. Rescued from the estate discards by Ron May.

Ever since I edited the Postcards book, I’ve been wary of public administrators–the county-appointed workers who administer estates for people who die with no heirs. How many pieces of history have been lost, archaeologist Ron May often asked me, because a short-sighted county worker threw them away? May was the man who dived into the dumpster and rescued Susie’s photos.

The administrator-as-villain lesson was reinforced recently when Warner Graves (co-editor of the Postcards book) decided to pay respects at Susie’s gravesite. He found the location via her death certificate, and drove from his Cathedral City home to Eternal Hills Memorial Park in Oceanside, California. While waiting at the reception desk, Warner bought flowers for Susie.

The attendant on duty offered to drive him to the grave. When they arrived, to Warner’s chagrin, he found only a bare patch of grass.

Our Western action hero–Queen of the Chocolate and Chuckwalla Mountains–was buried with the indignity of a pauper or a criminal. After she died in Leucadia in 1988, the County administrator had sold off her home and belongings but did not see fit to use the funds to pay for a headstone.

Warner was not going to accept this insult. He laid his flowers on the bare plot, determined to yet again foil the county administrator. The artist started a GoFundMe campaign for a headstone and is working on a marker that will include Susie’s likeness, the face that bewitched prospectors and Aqueduct-builders so long ago. 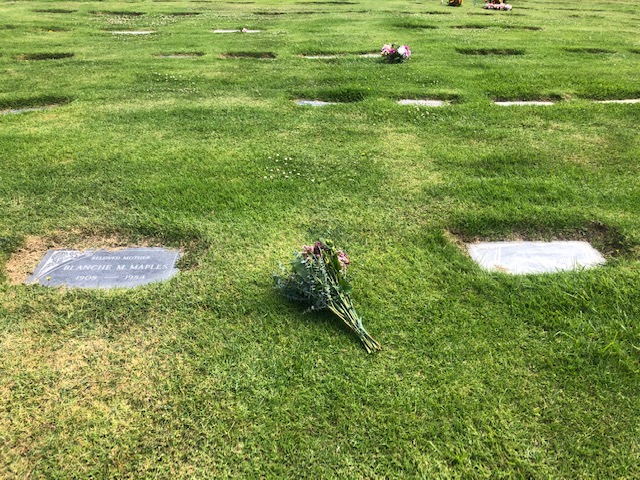 To celebrate Warner’s effort, below are never-before-seen photos of Susie Keef Smith, from the stash rescued by San Diego archaeologist Ron May.

If you’re in Northern California this summer, you can see more of Susie and Lula at the Postcards from Mecca exhibition at the Grace Hudson Museum in Ukiah. The show started its run at La Quinta Museum and is moving to additional venues thanks to Exhibit Envoy, a nonprofit that supplies California museums with traveling exhibitions.

Because of Warner’s efforts, all of those museum-goers touched by Susie’s grit and smile will soon have a place to lay their flowers. 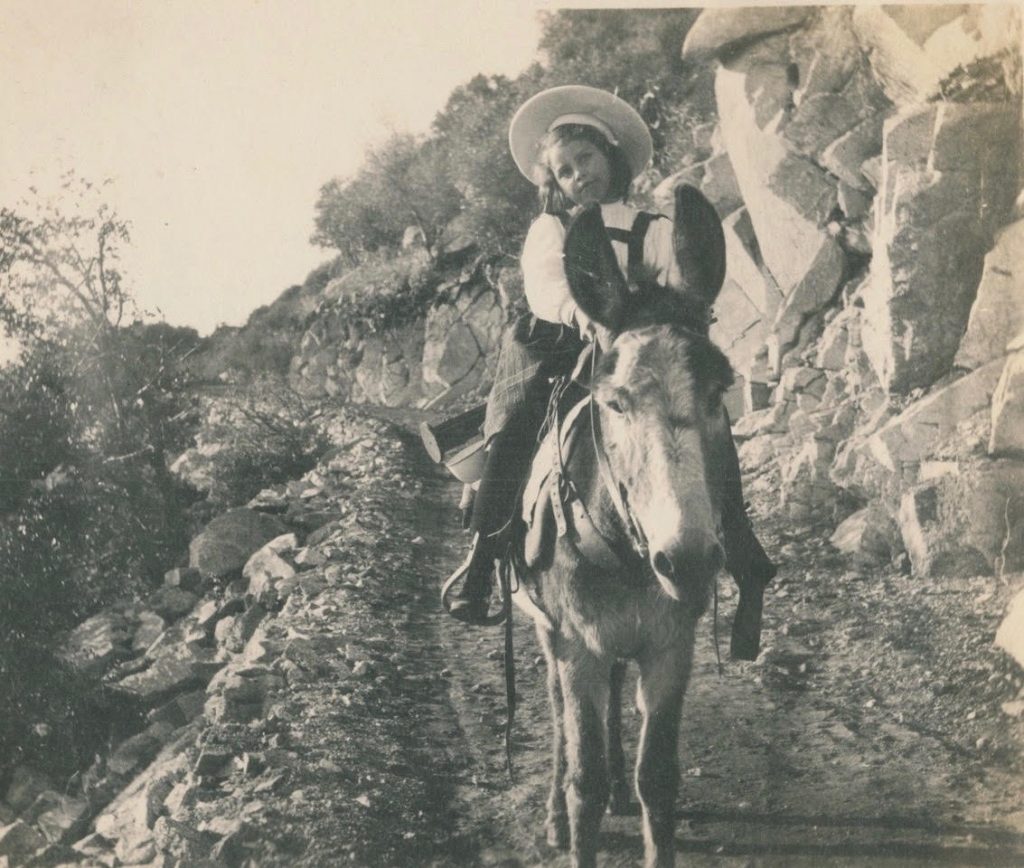 Susie Smith rides a burro on Mt. Wilson, 1907. All photos are from the stash rescued from the garbage by Ron May. 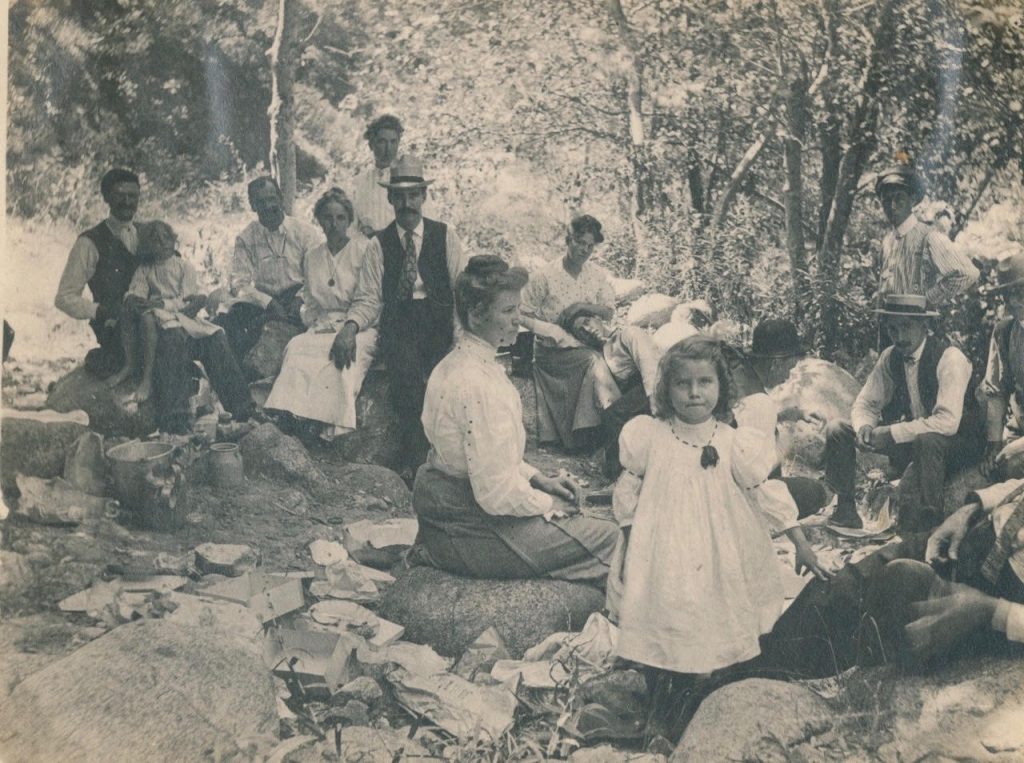 Little Susie Smith at a picnic in the mountains above Los Angeles, 1905. 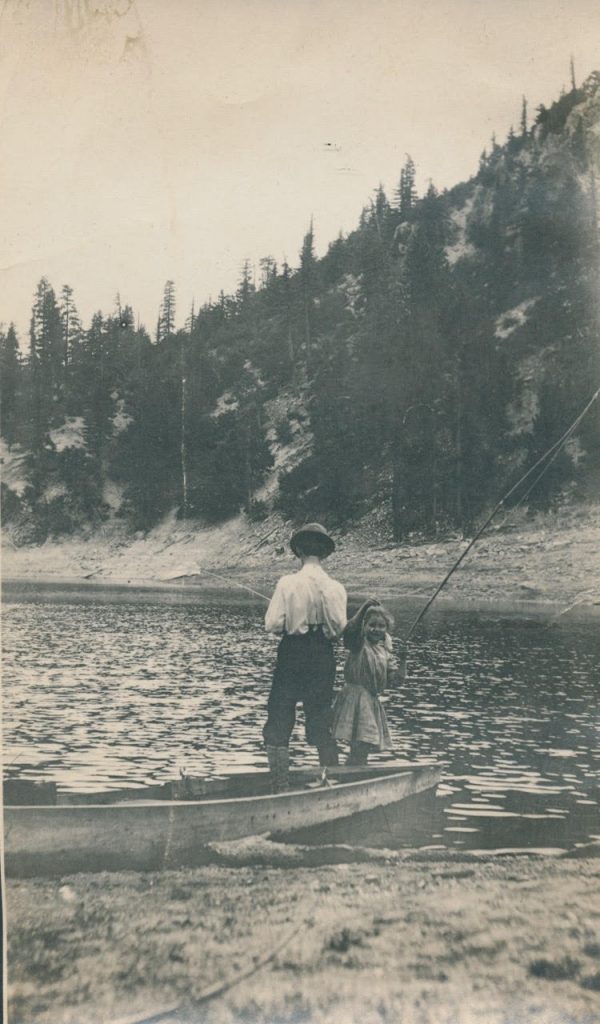 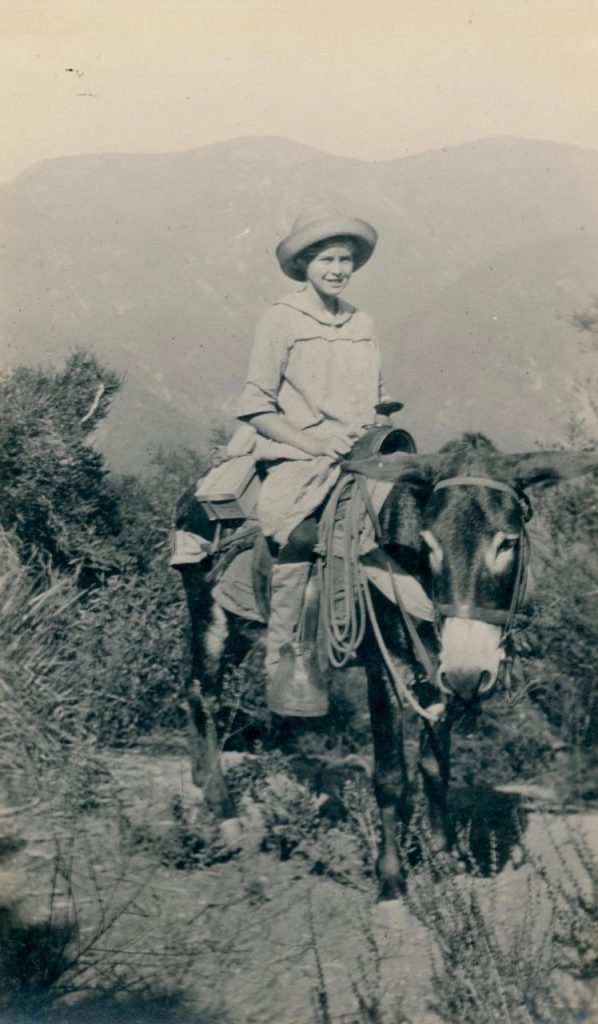 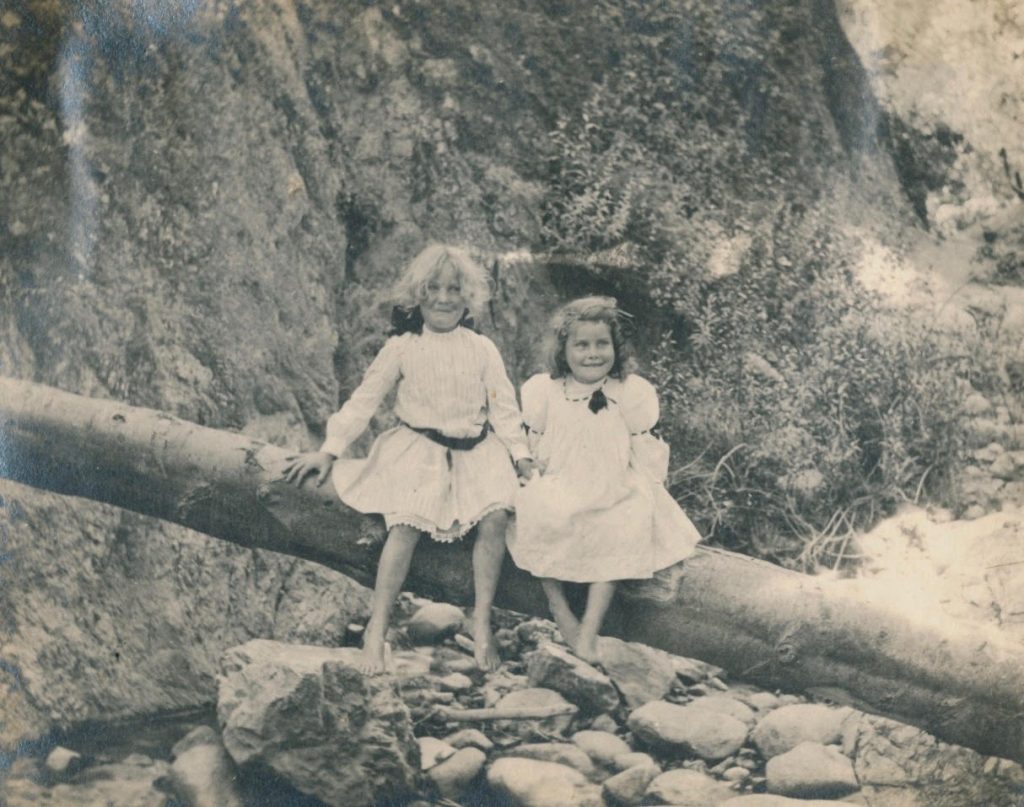 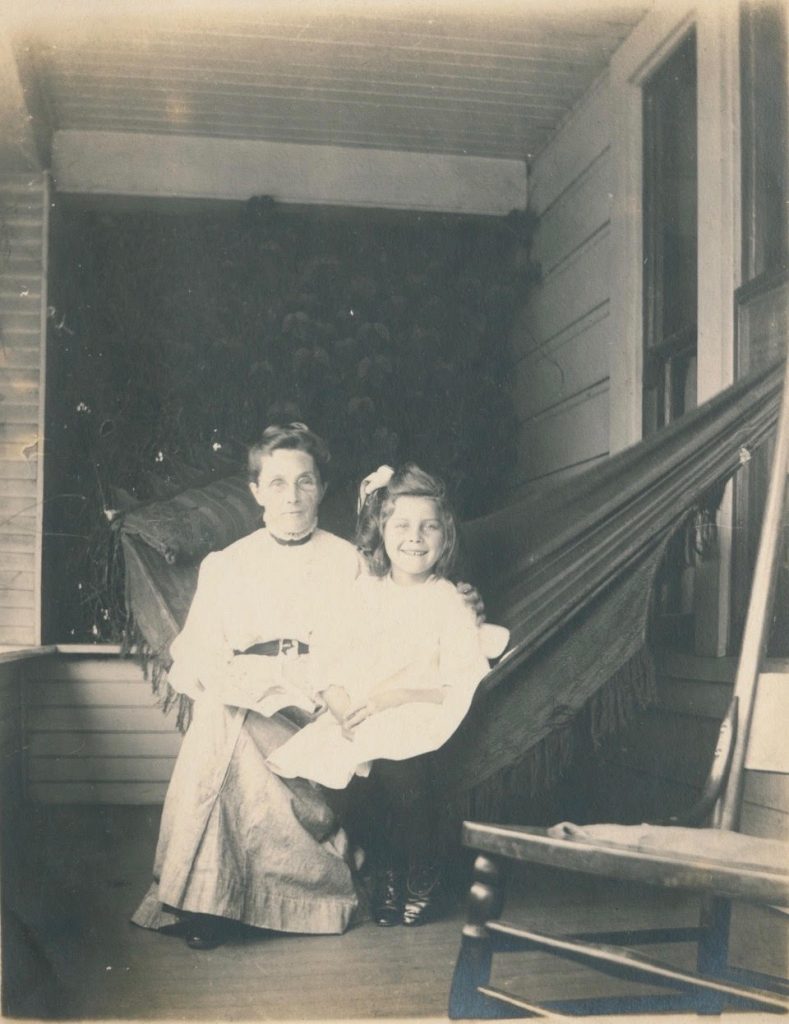 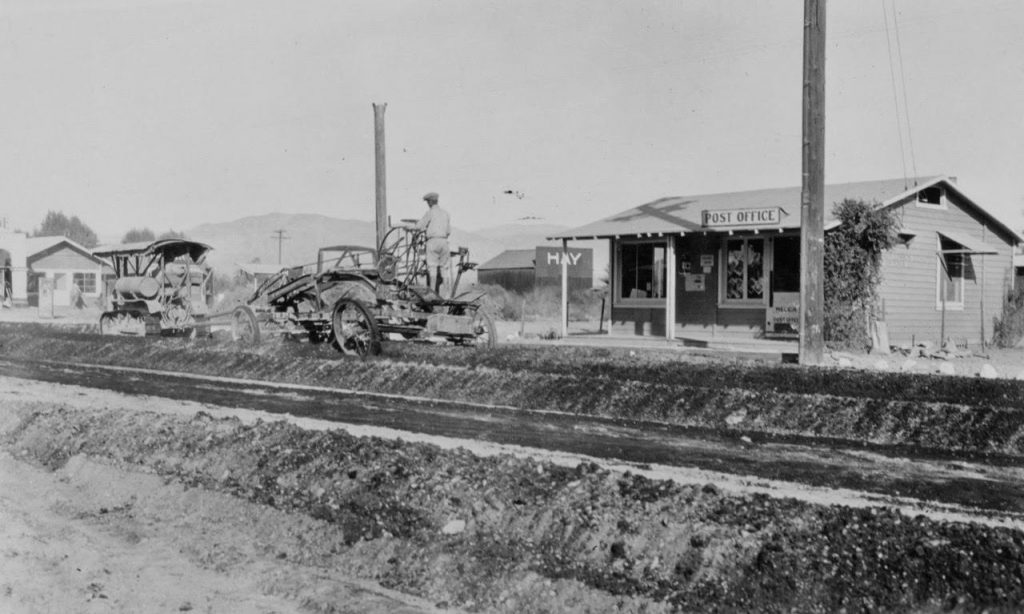 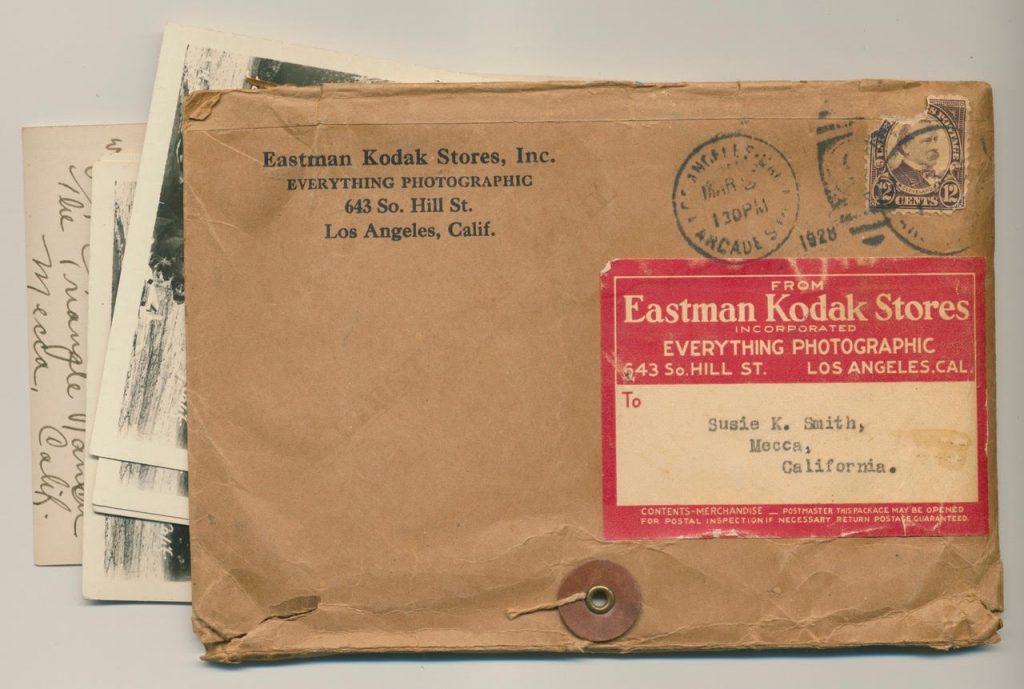 An order of her own postcard prints Susie had sent to the Mecca PO. 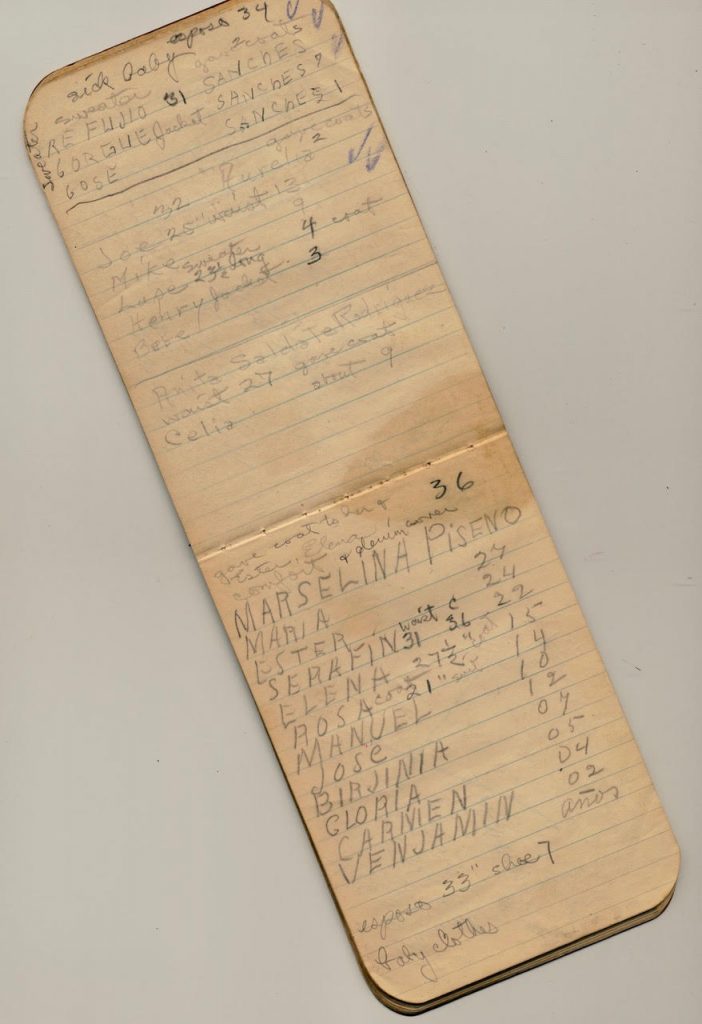 As an older woman living alone in Leucadia, Susie Smith did missionary work in Mexico. This is a list of children she was buying clothes for.

← Out of the Blue! George Frederick Gleich’s 1924 “Sketches from Life and Nature”
Outpost of Abstraction: Richard Guy Walton on the Comstock →

4 comments for “Headstone for a Hero: The Quest to Mark Susie Keef Smith’s Grave”