When he was a 9th grader living in a desert outpost, John Emerson needed help with his science project–the use of thermocouples to generate electricity. Most people in 1960s Cathedral City wouldn’t know a thermocouple from a thesaurus. But Emerson knew exactly what to do. He walked two doors down to see Wilson Ellis, the self-appointed documentarian of the small town. “He was kind of like Mr. Science,” says Emerson.

Ellis’ backyard workshop–the lair of a mad inventor–was a wonderland of photo equipment and gadgets, such as the world’s first TV remote control. On the walls hung every kind of tool ever created, along with photographs of the neighbors. Ellis photographed every kid who came to the door for Halloween, every Cub Scout and Women’s Club meeting. It was as if Life magazine had assigned him an epic portrait of village life. 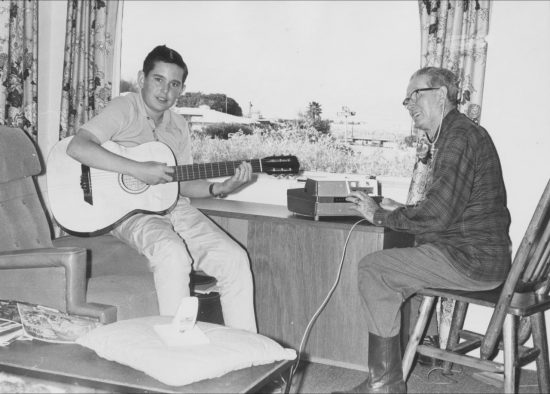 John Emerson, left, and Wilson Ellis at the Ellis home, 1965.

Like Sinclair Lewis, John Cougar Mellencamp and others, Ellis was under the spell of the small town. “He was never without the camera. It was almost like a community service,” says Emerson, now a retired Indian Wells resident.

It was more of a service than Ellis ever knew (he died in 1981) because his collection of 8,000 images now comprises the most comprehensive known portrait of Cat City (as it is sometimes called), the neighbor to oft-photographed Palm Springs. 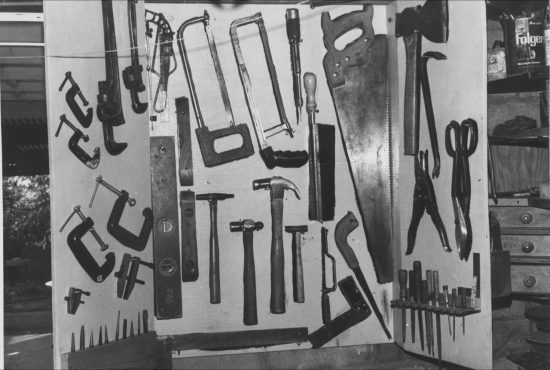 Now that Cathedral City–with its mythical Mayberry qualities–is coming into the national spotlight because of hometown hero Agnes Pelton, Ellis’ work is an MRI machine that lets us see deep into the lives of the artists. Thanks to Ellis, we can see inside Matille “Billie” Prigge Seaman’s studio. We see Agnes looking uncharacteristically relaxed and talking with neighbors at a forgotten art gallery. We see Billie’s argyle socks. We see Christina Lillian’s meticulous cactus gardens at her art colony called SvenSka. 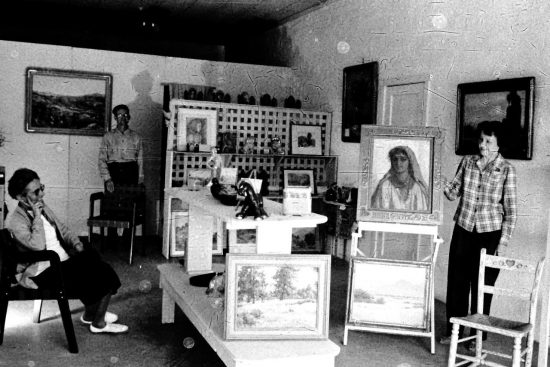 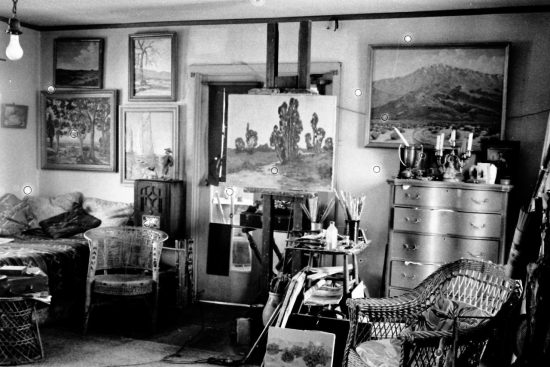 Inside the Cathedral City studio of Matille “Billie” Prigge Seaman. The spots indicate the negatives are deteriorating.

Yet for all its importance, the Ellis collection has almost been lost more than once. Despite the intervention of local history heroes in different cities, parts of the collection remain in jeopardy today.

I first heard the name Wilson Ellis when I used to visit the late Janey Ash, director of the Cathedral City Historical Society. Over a coffee cake she’d made herself, Janey would start talking about the remarkable Ellis photos stored in her spare room. (The Historical Society, like many, had no archive space at the time.) I got to see a few of the photos, but they were mostly in the form of negatives or slides, with no easy way to view them.

I found virtually nothing about Ellis online, but clues emerged from two sources: a 1981 Berkeley Gazette article stashed along with the photos, and a 1957 Desert Sun article by Jean Patane (mother of TV personality Patti Patane.)

Here I learned that the photographer was born in 1891 to two California pioneer families. His grandfather guarded the strongboxes on Wells Fargo stagecoaches. His father, also a photographer, made glass plate negatives at the 1915 World’s Fair in San Francisco.

During WWI–when young Ellis was stationed in Germany as an engineer in the army–he bought a German-made camera. This was the start of his lifelong occupation. Over the years he won many awards for his work, but recognition meant little to him and he melted down some of his trophies in his own science experiments. 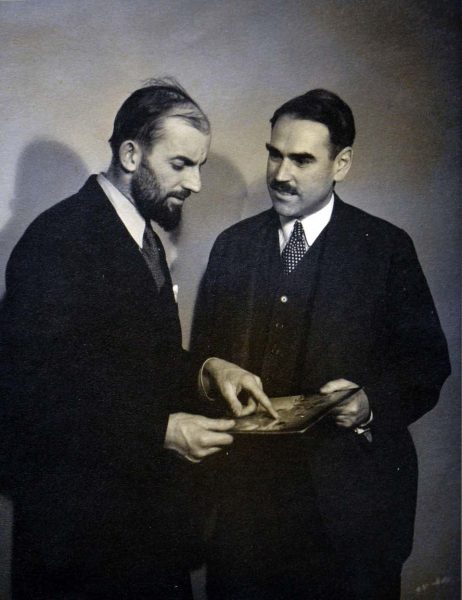 Active in the Oakland Camera Club, he photographed fellow member Ansel Adams, along with rare views of a 1908 dirigible crash and early 1900s views of Berkeley. At his home in Berkeley, he taught several generations of kids to take pictures.

Ellis came to the desert in 1945, living first in Indio and then settling in Cathedral City half of every year. The village later became his full-time home. His wife Catherine was a painter. The couple became friends with local artists Pelton, Seaman and others in the small arts community. 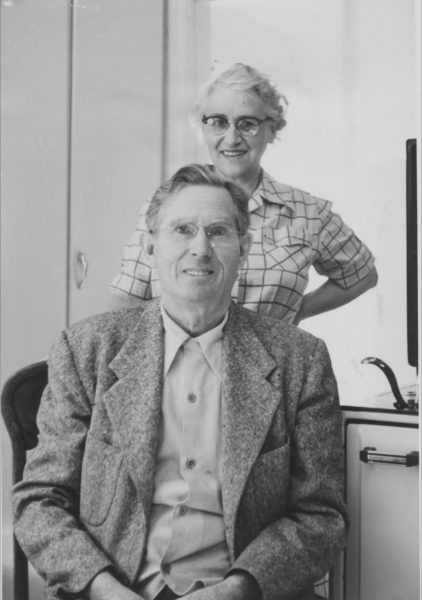 Wilson Ellis and his wife, Catherine.

John Emerson’s mother, Harriet, was also a painter and was close to the Ellises. Young John was told his inventor neighbor was sickly, suffering from a bad heart. “There was a mandatory nap between one and two and you didn’t bother him,” he said. 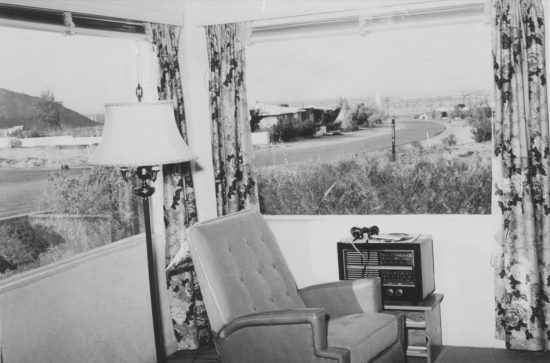 Inside the Wilson Ellis house, 1955. In the background is the home of John Emerson, a boyhood friend of the inventor.

Ellis (his friends called him Bill) was thin and unkempt, with black-framed glasses–as befits an obsessive inventor. Far from the evil mad scientist stereotype, though, Ellis was benevolent. Like a substitute parent, he documented John’s growing-up years. While Ellis was helping John with his thermocouple experiment, Mr. Science took time to snap a few pictures of the boy at work, just as he had previously captured him playing his guitar and riding his bike when Mitch’s steakhouse (on the corner of Date Palm and 111) burned down. Ellis was equally generous with his inventions, giving John and several neighbors a prototype of an electric pencil-sharpener he’d designed.

Ellis might have been rich if he had secured rights to his inventions, such as the fingerprinting roller used by police departments. For his Jim Maynard Stretcher invention, Ellis worked with the legendary Palm Springs mountain man to devise a rescue stretcher that could be folded and stashed in a golf bag. His Ellis Tilter (an adjustable camera tripod) shows up for sale on antiques websites today. 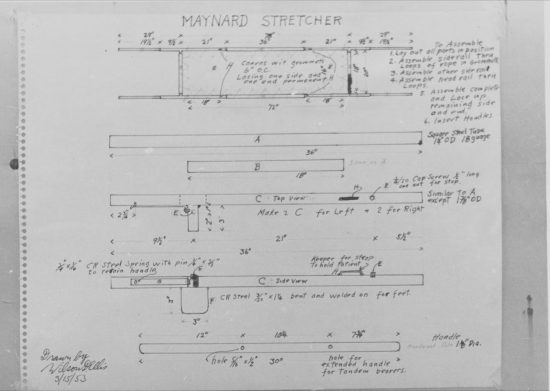 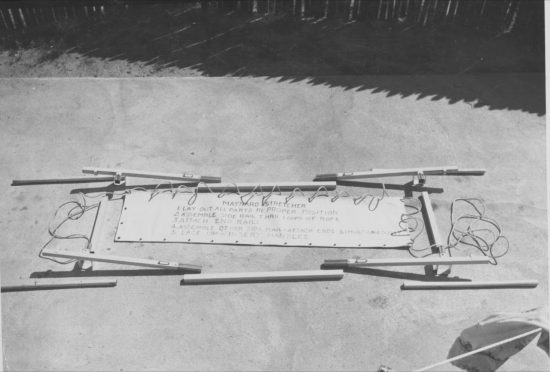 Some of his creations were energy-savers meant to compensate for his poor health. As Patane reported: “He installed a motor to regulate his contour chair, and while watching television he uses a self-invented six foot wand to change stations and tune the set which is mounted on an elevated turntable of his own invention.”

When Ellis died in Berkeley of Lou Gehrig’s disease (he had moved back to the city just before his death) he inexplicably left orders that all of his photographs be destroyed. A local photographer who was also a founder of the Berkeley Historical Society, Kenneth Stein, was alerted. “I phoned the trustee and she told me I could come over and take whatever I wanted,” he says. “Those days all I had was a bicycle so I phoned my friend Betty Marvin. We went there in her car and picked up his entire photo collection.”

Along with thousands of prints, slides and negatives, Stein rescued the legendary fingerprint roller and the Ellis Tilter, which he donated to the Berkeley Historical Society. Stein believed that destruction of the photos–as Ellis had ordered–would have been “too terribly sad. I could not let that happen to a wonderful man’s beautiful life’s work,” he said. “I would call him a master photographer. He had artistry, technical expertise and darkroom expertise. His portraits of neighborhood kids are just magnificent.” 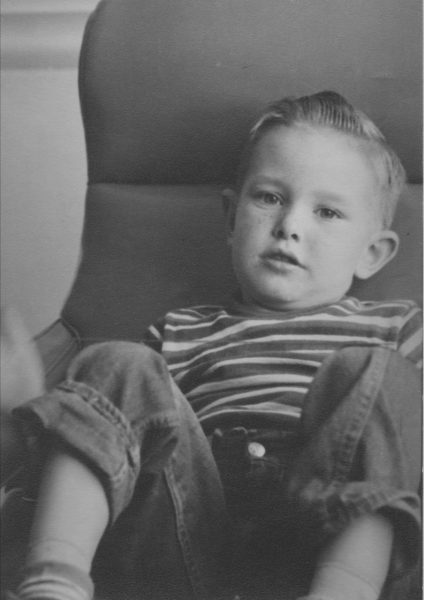 Despite Stein’s intervention, many of the photos were still at risk. The Berkeley Historical Society was overwhelmed with the volume of material they had inherited and planned to destroy the desert-related images–approximately half the collection–if they couldn’t find a home for them.  In 1987, they contacted the Palm Springs Historical Society to ask if they’d take the materials. There was no response so they next appealed to the Riverside County Library. The library agreed (hallelujah) and volunteers in Berkeley trucked the Cathedral City portion south: 2,000 prints, 1,700 slides, 4,500 negatives of desert scenes including the Indio date festival, Shadow Mountain Club in Palm Desert, the building of Eisenhower hospital, boat races at the Salton Sea and Indy 500 car races at Whitewater.

In Riverside, library staff worked diligently to organize the collection, but ran into setbacks as key members of the team departed or died. The photographs were then shuffled around to the Indio library, a volunteer’s apartment, then an office in Indio, eventually ending up with the Cathedral City Historical Society–in Janey Ash’s home, where I first saw them.

“This project has been dogged by a lot of problems,” said Riverside County librarian Ron Baker in 1991. What an understatement. Ellis’ work has been on an unbelievably long and perilous journey.

When Janey Ash died in 2018–a blow to all of us who loved her and local history–the collection was moved to the home of Cathedral City Historical Society member Margie St. Anthony, and then to the Cathedral City Library storage unit.

Archivist Julia Hause recently made a major push to protect and catalogue the collection, arranging for some of the photos to be digitized via California Revealed, a state library initiative that preserves archival materials. “These strips need to be digitized right away because they are in poor condition,” Hause said. “They will not last forever.”

On a recent morning, John Emerson met with historical society members Margie St. Anthony and Denise Cross at the Cathedral City Library to look over a small portion of the collection. The people in the photos were not named on the labels, but it turns out Emerson knew most everyone. As he saw faces he recognized (some he had not seen for 60 years), he began calling out their names. Tossing  aside files and grabbing new ones, he moved faster and faster–elated to be again in the company of his long-ago friends. 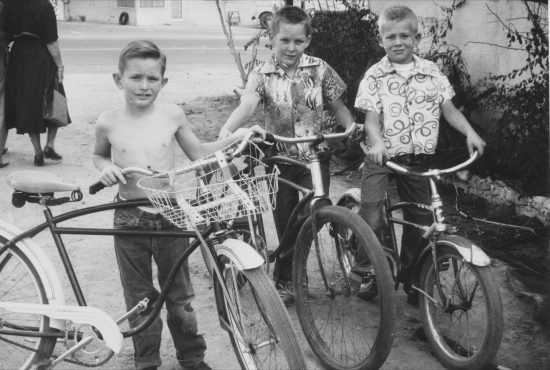 During the years Emerson remembers, Cathedral City was a town of only about 1,500 people, with none of the glam of Palm Springs just to the west. “Back then we thought we were lesser in the eyes of the Valley because Cathedral City was a working class little town, servicing the grand and glorious Palm Springs,” he says. “Now, looking back, I can see what a wonderful place Cathedral City was to grow up. Everyone knew each other; the hills called to us and kids were safe to roam.” To some people Cat City may have seemed lesser, but to Wilson Ellis it was just like Faulkner’s Yoknapatawpha County: The grand stage for his life’s work.

← The Pelton Papers: A Novel
Magic Lessons: The Mythological Worlds of Sharon Bronzan →