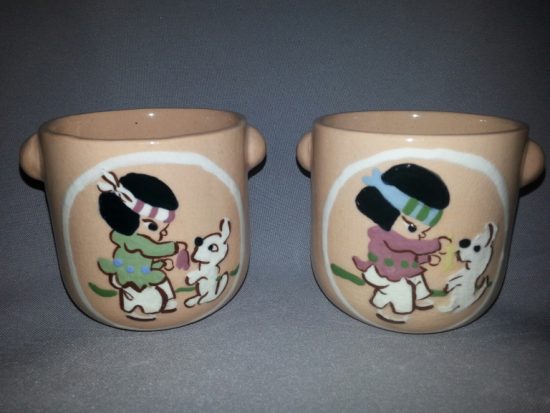 It was only recently that Gary discovered the origin of the charming figures. Read the caper here and be on the lookout for these rare Kiddies in your local thrift store.

On the subject of Jimmy: James Knight has posted on YouTube a rare in-depth recording of the acclaimed artist. Hearing Swinnerton’s voice for the first time was poignant for me, after hearing his story from others for so long. When the artist came to Palm Springs in 1903 to live in a tent house, he says, there were only a few dozen residents, most of them Indians. His friends thought Palm Springs was “a drab heckhole” and couldn’t understand why he’d bother painting here.

“I took up desert painting because it gave me my health back and I thought it was a very misunderstood land,” he says in the tape. The rest of the universe eventually came around to Swinny’s viewpoint.

Filmmaker Ermanno Vanino read our recent article on migratory painter Jim Toenjes and tracked down Jim for his web TV series Desert Dwellers. In the film Jim wanders around the Alabama Hills near Lone Pine, dispensing thoughts on color, while his faithful desert shepherd, Greta, scouts the vistas ahead. 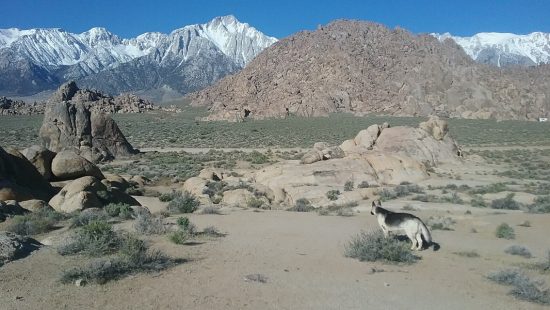 Greta in the Alabama Hills

Since the film was made, Greta was diagnosed with a large tumor on the base of her brain. Jim made the decision to go ahead with neurosurgery at Washington State University vet school. After a successful operation, Greta is now finishing up radiation and should back in the desert soon. Read more on Jim’s GoFundMe page, where he successfully raised the money for Greta’s surgery.

The Desert Lampmakers of Yucca Valley 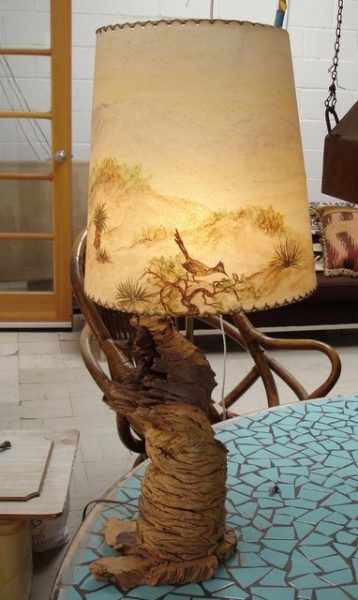 While restoring the John Hilton house in 29 Palms, Jamie Caffrey has been frequenting thrift stores up and down Highway 62. One primo find was an old lampshade painted with a desert scene. The lamp turned out to be the work of Roy and Margaret Jewett, who operated the Desert Lampmaker shop on a dirt road outside Yucca Valley in the 1950s. Roy made the lampstands out of local wood and Margaret painted the shades.

From an article by Ed Ainsworth: Roy often drove his four wheel drive truck out into the desert picking up old gnarled pieces of desert wood, cactus and desert vegetation and threw them onto the bed of his truck. Usually traveling off the roads, he sometimes had to use a wench and steel cable attached to the front of his truck to get himself and his truck out of sand traps or other desert hindrances. He would bring his findings back to his workshop at The Desert Lampmaker where he sandblasted the wood to reveal its beautiful grain. Margaret, who had the artistic eye, used the wood and desert vegetation to create lamps, coffee table center pieces, and wall hangings. The delicious smell of desert wood hung in the dry air of the store and workshop, the smell generated from the saw dust of Roy‘s woods saws, grinders, and sand blasters.

Best of all, Jamie found that the couple made frames for John Hilton from Joshua Tree wood. So while you’re looking for Canyon Kiddies figurines, also keep a lookout for painted lampshades by the Desert Lampmakers. For more:

On my summer trip to Santa Fe, I stopped at the wonderful La Posada Hotel, a restored Fred Harvey House completed in 1930 by the Santa Fe Railroad. It’s located in the downtrodden and economically depressed town of Winslow, Arizona–soon to be a desert arts destination. (Just don’t call it the next Marfa as they take unkindly to the comparison.) During my visit, construction had just begun on the next door depot which will become an art museum featuring artists who “lived on, worked on or were inspired by Route 66 and the Santa Fe Railway.” 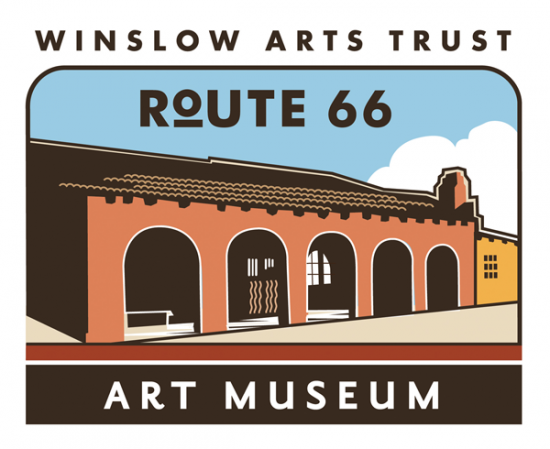 The museum will serve as a visitor’s center for artist James Turrell’s famous Roden Crater lightscape. Museum cheerleaders include well-known California artist Ed Ruscha and his brother Paul, who operates an art studio across the street.

The hotel and museum are the vision of UC Irvine graduate Allan Affeldt and his artist wife, Tina Mion. It’s worth the day’s drive just to see what’s evolving here–and of course to Stand On a Corner in Winslow, Arizona.

High desert artist David Greene, formerly featured here, continues to explore the desert at night. His latest effort is a mural for a friend’s house in Wonder Valley and a series of new noirs, including the soulful Sparky and the Cabin of Forgotten Dreams.

He says on his website that Wonder Valley–where he lives–is a locus of natural energy. “All the raw forces of nature are at work on a grand scale. Standing in my yard I have a clear view from one end of the basin to the other. All of these paintings are inspired by what I see every night when I take the dog out for his walk.”

Adventure artists Gregory Frux and Janet Morgan have completed a giant (6′ by 2′) map of the Mojave’s Amargosa River, based on their many years of sketching expeditions into the Death Valley region. In the spirit of early day cartographer-artists, the couple captures the wonders of the meandering river that feeds oases and secret desert gardens.

Janet and Greg did their scouting over the course of four or five trips, they explain: “Over these visits we traveled the entire length of the Amargosa, 185 miles, including dozens of miles of dry wash and pancake flat land, but excluding the Nevada Nuclear Test Site.  We painted and drew at the various oases, including Beatty, Death Valley Junction, Shoshone, Tecopa and Saratoga Springs.  We met with Andrew Zdon, a hydrogeologist mapping the region, and Len Warren, resident naturalist and staff of the Amargosa Conservancy.  The drawing was built on top of BLM Desert maps, to maintain accuracy. The animals were drawn from specimens at the American Museum of Natural History in NYC and online reference.” 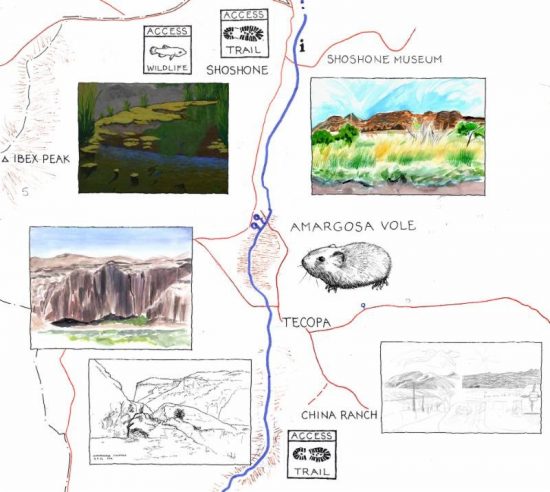 The map project is supported by the Amargosa Conservancy; a copy will be included in the collection of the American Mountaineering Museum in Golden, CO.  Write to: info@artandadvantures.com

A woman with deep ties to the early Smoketree artists passed away in May, 2017. Jeane Granada Coutts Anguiano, who died at age 94, was the daughter of Scottish painter Gordon Coutts–one of the most elegant and respected of the desert artists. He built Dar Marroc, his Moorish style home now known as the hotel Korakia Pensione, in Palm Springs in 1924. 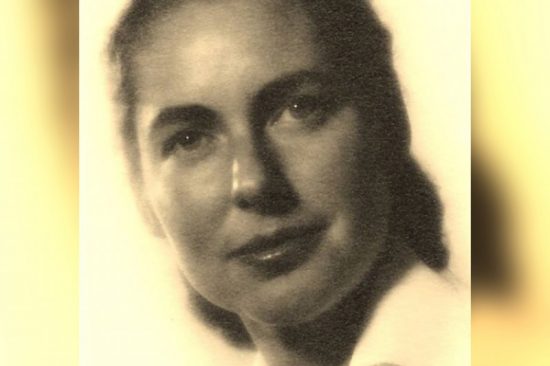 His daughter Jeane served as director of the Gordon Coutts Art Gallery in Palm Springs and also helped to launch the Desert Art Center. Among her acquaintances were artists William Darling, Agnes Pelton, Axel Linus and Wilton McCoy. She also hosted a weekly TV program featuring Palm Springs artists in the 1970s.